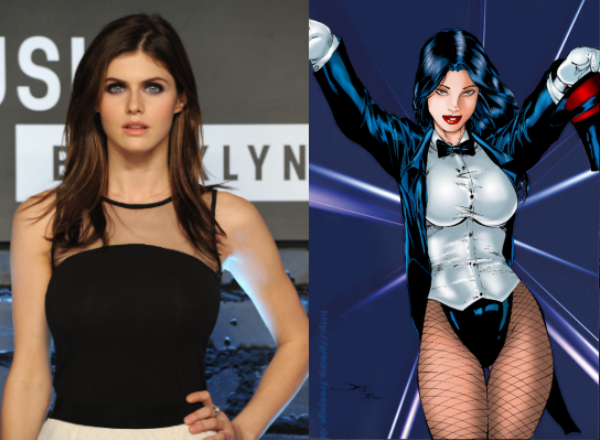 Zatanna has yet to be introduced in the well-packed DCEU ( DC extended universe ), that has already featured multiple DC comic characters and villains from across their comic universe.

One particularly common DC character that fans have been urging to see on the big screen  is Zatanna who through her power of magic, conducts her abilities as a powerful super-heroine.

With all of these DC comic characters, fans are always casting their ideal actors for their favorite roles, that could appear in the DCEU soon.

While still a rising super-star Alexandra Daddario has been fan cast more than anyone to play the Zatanna role as the actress shares nearly every physical trait of the DC comic heroine.

The actress is making more and more debuts in films and television series by the year, so it would be no surprise if Daddario is in-deed considered for Zatanna.

See a fan made picture, by SteveDesignsThings on Instagram, so you can agree that Warner Bros would be crazy to not consider her: 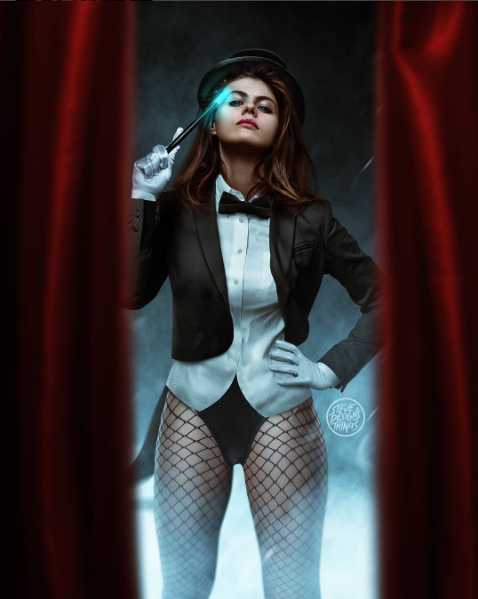 As you can see, Alexandra Daddario is a near perfect match look-wise and even has the eyes, hair color and physique to match.

While obviously there are many unknown actresses that could take on the super-heroine’s role, it may be in Warner Bros best money making interest to cast who fans have craved as Zatanna for a long time now.

With Wonder Woman, Justice League and The Batman already under film production, it will be quite interesting to see where a character such as Zatanna could fit in.

While the DCEU did make a mistake by over-loading their second movie in the universe with Wonder Woman, Superman, Batman and some Justice League cameos, perhaps they will learn their lesson and take a more balanced point of route in introducing their other famous DC comic characters like Zatanna.

If Zatanna is confirmed to be introduced, in the near DCEU future, which point would you like to see the powerful magician make her big screen debut in the DCEU?

Also would their be any other actresses a better fit than Daddario herself?