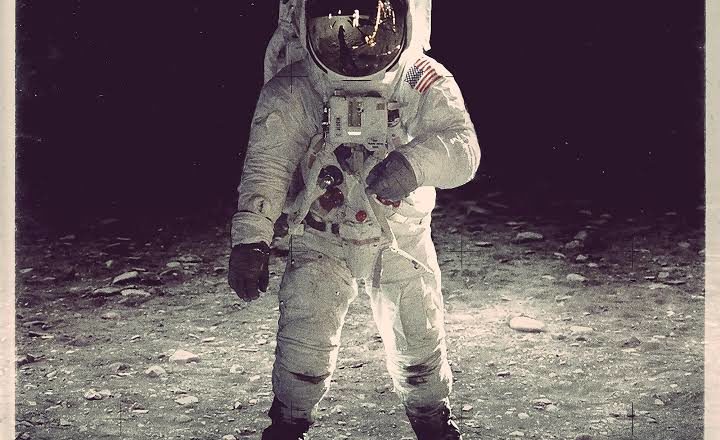 I am the proud son of a proud retired NASA engineer.  My Dad and his teammates, many of them fathers of my friends and neighbors in suburban Houston, Texas, helped put Americans on the moon.  I grew up literally within sight of “The Site”, the Manned Spacecraft Center.  My position is biased, enthusiastic and completely Pro-US Space Program.  Unabashed and unwavering.

So it will hardly come as a shock when I tell you that it offends me deeply when I hear that the July 20, 1969 moon landing was faked.  That it was staged somewhere in the middle of a vast and barren desert of the American southwest.  There are those who actually believed this then.  There are those who believe it still today.  And there will likely always be such conspiracy theorists.

As I watched the freshly released found-footage mockumentary “Operation Avalanche” I just could not get this notion out of my mind.  The movie imagines a hoaxed lunar touchdown as fabricated in a warehouse by a group of enterprising young CIA agents.  Several scenes were filmed on location at the Johnson Space Center and in front of the iconic Building 1, which is probably the most commonly recognized landmark amidst the facility.  I have been to this place.  My Dad worked in Building 1 among several other venues around the complex.  I visited him in his office there as a kid.  I fed the ducks and raced toy hydroplanes with him and the rest of my family in the ponds behind it.  These places and these memories matter to me.  A lot.  And they are enduringly strong.

Good luck with your movie, guys.  It is engaging for the most part.  And I fully recognize that it’s purely entertainment.  But try telling my Dad that Neil Armstrong, whom my Dad knew personally, would ever go along with what you envisage in your story.  Or that my father or any of the dedicated professionals he worked together with in tireless commitment to a purpose they all fiercely believed in at NASA would be complicit in any such insidious deception.

On second thought, don’t.  Or you would almost assuredly be looking at an “avalanche” the kind of which you can never even begin to imagine.

The Landing weren't no lie.