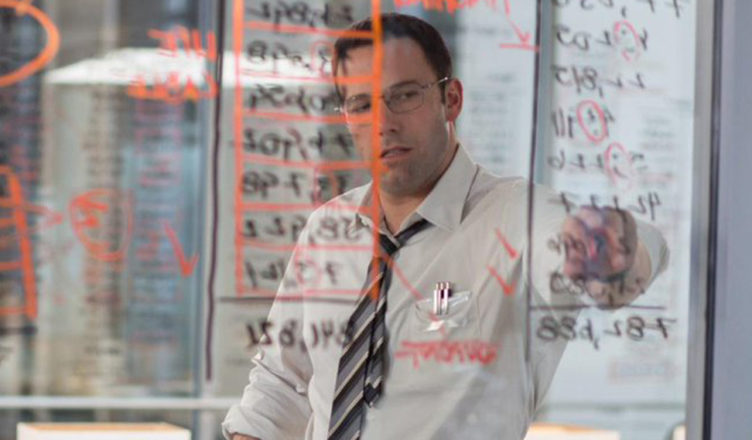 So, in order to wash off the stench that is Batman V Superman Ben Affleck has to go back to the well that has been his bread and butter in recent years and focus on a more character driven narrative led film. It’s usually where we see his best stuff. This trailer for The Accountant was recently released and I have to admit that I initially dismissed the movie but then I actually sat down and watched and this happened:

Christian Wolff (Ben Affleck) is a math savant with more affinity for numbers than people. Behind the cover of a small-town CPA office, he works as a freelance accountant for some of the world’s most dangerous criminal organisations. With the Treasury Department’s Crime Enforcement Division, run by Ray King (J.K. Simmons), starting to close in, Christian takes on a legitimate client: a state-of-the-art robotics company where an accounting clerk (Anna Kendrick) has discovered a discrepancy involving millions of dollars. But as Christian un-cooks the books and gets closer to the truth, it is the body count that starts to rise.

So the cast is awesome, the premise is intriguing as hell, and the plot looks to be a roller coaster ride of high stakes criminology and deep rooted character analysis. I love the look and tone of this trailer because it doesn’t overwhelm you. It slowly takes its time and unveils itself and it accomplishes a lot in just 2 minutes. I’m sure there are tons of folks out there that actually live this kind of life but seeing someone develop with a mental disorder that is beneficial and exploitable in both legal and illegal settings is down right intriguing. How does this happen? How do you decide one day to use your mathematical prowess for the criminal underworld? What kind of life do you lead? These are questions this 2 minute trailer raised and I want answers.