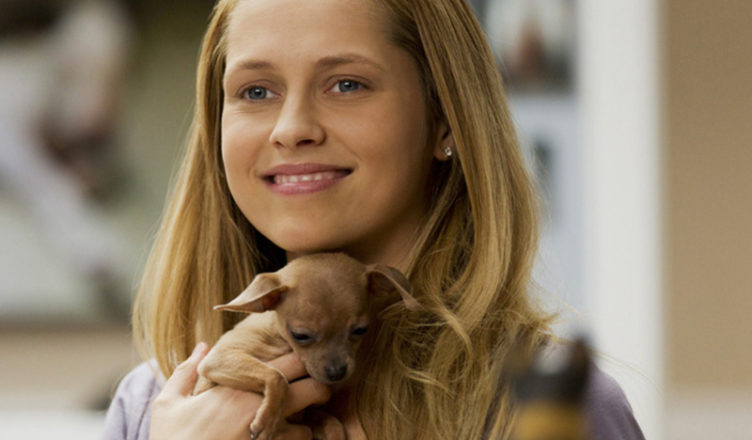 April and May are officially behind us and June is here, but don’t get behind on the movie releases from those past two months. I decided to compile a list of the DVD/Blu-ray, On-Demand, and limited theatrical releases you might have missed, but are worth checking out or owning on DVD:

I can’t stress how much I enjoyed this movie. I have no qualms admitting that I like most Nicholas Sparks movies, but this one stands out in particular. Teresa Palmer is awesome in it, it’s that breakout role for her that was brewing for a while. It follows the classic Sparks formula: love, tragedy, hope restored. What makes this one especially unique is the chemistry between the leads. Palmer and Benjamin Walker are tremendous together. They bickering love & hate relationship that’s fueled with sarcasm and wit. It’s really fun to watch.

I could watch this movie over and over and not get bored. If you like romantic movies, this one is the one to see for sure. One of my favorite romantic movies of the year so far. Check out the Blu-ray combo for a lot of extra features. Some of the features including: Deleted Scenes, Making “The Choice” Featurette, Nicholas Sparks Featurette, and more.

“The Choice” is available on Blu-ray Combo Pack and DVD.

Christopher Walken and Amber Heard are an unlikely father-daughter duo, but they make it work. Walken plays a Frank Sinatra type whose life and career have been wrecked by failed relationships. It’s one of those things get complicated when his punk rocker daughter Jude (Heard) has to move in. I really liked the struggle and discovery between the two characters. Most people can’t relate to having a famous parent that overshadows your career and path, but it’s that very aspect that makes it interesting to watch.

“One More Time” is available on DVD

If you’re in a mood for a mini-series and want to take a break from Netflix, then “War & Peace” is a really solid choice. It follows the lives of five aristocratic Russian families during Russian wars with Napoleon. It’s an adaptation of Leo Tolstoy’s classic literature. If you are seeking some romance and history with outstanding sets, costumes, and acting then this is the choice for you. I enjoyed this BBC series, it’s both educational and entertaining. Lily James and Paul Dano do great work, in roles you might not have envisioned them in. For more insight you can check out my interview with the director Tom Harper.

“War & Peace” is available on DVD

A heck of an intriguing crime mystery thriller. A low-rent detective attempts to unravel the mystery of a Nikola Tesla invention. Lots of twists and turns that are nicely executed. Nice performance by Greg Stuhr who plays the detective Charlie Paczynski. Camilla Belle (haven’t seen here in a while) and Matthew Broderick play significant supporting roles. The great Robert Forster also is in the film. It’s a solid film noir that will keep you engaged throughout. The film is still running in select theaters. Check the link to see if it’s playing in a theater near you, it’s an indie film that’s worth seeing:

Another indie film worth checking out. A nice blend of actors such as Kyle Gallner, Nick Offerman, and Olivia Thirlby. It’s a fantasy comedy with a lot of poignant messages about changing the course of your life and dealing with the past while trying to get through the present. First time feature film director Oliver Thompson does very well with presenting the individual characters and navigating through their personal struggles and dreams. I was pleased to see Kyle Gallner take on this somewhat eccentric character and different role than the horror movie work he’s done earlier in his career. This is a refreshing and interesting film that’s most definitely worth checking out. It released in limited theaters and VOD on May 20. Check out the local listing below to see if it’s playing at a theater near you:

You’ve seen this movie right? No? What are you waiting for! One of the best performances of Leonardo DiCaprio’s career (hard to pick against The Wolf of Wall Street). This film easily could have won an Oscar for Best Picture. It’s brutal, unpleasant to watch, but very compelling and raw. There is a reason why this movie made Alejandro G. Inarritu a two-time Best Director Oscar winner, and Emmanuel Lubezki a three-time-consecutive Oscar winner for Best Cinematography. The film looks amazing visually. The performances are as good as it gets. The directing and storytelling is stellar. I don’t need to list more reasons to see it–just do it.

Just so you know this isn’t “Gone in 60 Seconds”, “Italian Job”, or a Fast & Furious movie. The story deals with a emotionally troubled teen played by Emory Cohen. Billy (Cohen) is a rebel that is doing all sorts of wrong. He’s not stealing as much as he’s dodging juvie. It’s a good drama with some solid twists. John Leguizamo, William H. Macy, and the stunning and talented Heather Lind (who I need to keep seeing more of, keep hiring this woman) round out a strong supporting cast.

“Stealing Cars” is available on DVD.

Jennifer Lawrence has been dominating the scene the past couple years, yet “Joy” wasn’t much talked about, even receiving an Oscar snub. She did get a Best Actress nomination for the film though, so rest assured the performance is on par. The film is inspired by a true story of a girl who is a founder and matriarch of a family business dynasty. Joy is living a miserable life with a dead-end job, but her drive leads her to transform her life and invents home products that make her famous. It’s a fairly inspirational story, based on a real life person (Joy Mangano). The film has an empowering feminist spirit about it. Directed by David O’Russell (who else would it be?), including his usual cast of Robert De Niro and Bradley Cooper; there is a lot to like about “Joy”.

So I am fan of outrageous comedies also. “Ride Along” was solid, but” Ride Along 2″ was better. Ice Cube and Kevin Hart return for more shenanigans, as the partners and brothers-in-law take on a new crime on the streets of Miami. Ken Jeong and Olivia Munn add some more humor to an already good comedic duo of Cube and Hart. Films like Ride Along serve a purpose to entertain. It’s absurd and outlandish at times, but that’s what makes it fun to watch. If you liked the first one, then you should definitely see this one. It’s worth getting the Blu-ray Combo Pack due to a slew of special features including: Gag Reel, Deleted Scenes, and Behind the Scenes of Ride Along.

“Ride Along 2” is available on Blu-ray/DVD/Digital HD

Christopher Plummer simply gets it done. This is a very compelling and intriguing film about an Auschwitz survivor who discovers that a Nazi guard that murdered his family over seventy years ago is still living. This is a tension packed film that just needs to be seen to grasp. This a well written and directed film that features a fairly elderly cast of actors. I appreciated that dynamic storytelling and performances. Do not let the notion of a bunch of old guys deter you from seeing this. Plummer is tremendous and this is a rare kind of film you don’t often seem, especially with an 86-year-old lead that is still on top of his game.

“Remember” is available on Blu-ray/DVD/Digital HD

Somehow “The Forest” was lost in the movie shuffle when it came out in theaters in early January. It’s out on DVD now and if you missed it, you should check it out. Natalie Dormer and Taylor Kinney star in this supernatural creepfest. A woman (Dormer) heads to Japan’s Suicide Forest (it’s an actual place) in search of her missing twin sister. This is a spooky concept, especially since this forest has a real reputation. Dormer does dual duty in the film by playing both sisters, not the easiest of feats. There is a creepy feel to the film and the look of the forest adds to that. In a slow year for horror (until Conjuring 2) this is one of the better ones this year.

“The Forest” is available on Blu-ray/DVD/Digital HD

Ok, so I like the Zoolander franchise. Zoolander No.2 doesn’t stray away from the original; it’s a good thing. Ben Stiller and Owen Wilson return for the sequel, that’s another good thing. This time Derek (Stiller) and Hansel (Wilson) find themselves in Rome–modeling, but also part of an evil conspiracy. You know what you get with Zoolander–silly humor. Just like with Ride Along, that’s a a good thing. There are enough laughs and gags to keep you tuned in. Lots of cameos by big names from pop culture, such as: Justin Beiber (I know, I know), Katie Couric (she’s pretty hip), and of course Will Ferrell makes an appearance. The Blu-ray boasts a lot of features.

Yes, the unrated part is crucial to the film. “Dirty Grandpa” is probably the raunchiest and funniest comedy of the year so far that I have seen. Not to be confused with Johnny Knoxville’s “Bad Grandpa”. This one is far much better. Zac Efron and Robert De Niro the unlikeliest great duo possible. Great chemistry between them that equals a lot of laughs.

The movie doesn’t hide from what it is–it’s raunchy, gross, nasty, and hilarious. Efron has really found himself a niche with these raunchy comedies like this one and Neighbors. Efron plays Jason, a preppy and matter-of-fact young guy that you’ll ever find. De Niro plays Dick (how fitting), his outspoken and horny grandfather. Together they go on a trip to Florida, that’s where all the shenanigans and ridiculous behavior ensues.  I really enjoyed this film, but take it for what it is, as it can be easily offensive with it’s jokes and gags. The Blu-ray Combo Pack is a MUST own with a lot of great features and exclusives. Some of the features include: Lessons in Seduction, Daytona Heat, The Filthy Truth-The Making of “Dirty Grandpa”.