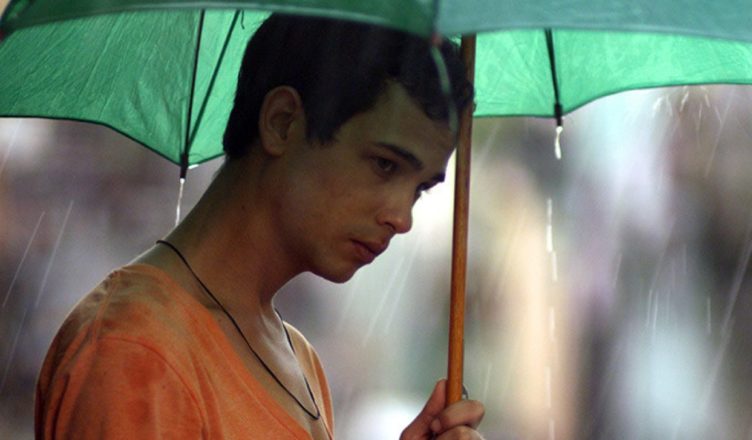 Synopsis :As father and son clash over their opposing expectations of each other, Viva becomes a love story as the men struggle to understand one another and become a family again. (Rotten Tomatoes)

This is a tale of two movies. I had no idea what I was going into before seeing it. Left the movie with a deeper perspective. On the surface, Viva is a story about a young man named Jesus who is a cross dresser. It’s established early on, no surprise. Jesus is almost homeless. Living day to day trying to support himself by being a hairdresser for friends and locals. One day his father (who he barely knows or remembers) reappears in his life. Jesus is now faced with the task of supporting his deadbeat father, while discovering his unfamiliar family past.

This film surprised me. The first act, or roughly 30 minutes was fairly underwhelming. After that the movie really kicks in and almost flips the script. The trails and tribulations he endures with his father are raw and emotional. This is one of the better movie depictions of someone struggling internally and economically. The film is set in the slums of Havana, Cuba. The beaches and picturesque regions aren’t shown. What you see is the dreary, dark, an rundown Havana that appears to be a lot more authentic than what you see on a postcard. The setting fits with the mood and tone of the film perfectly.

Back to the relationship between Jesus and his father Angel. This isn’t a happy reunion between them. In fact Jesus doesn’t want him in his life, but doesn’t have the courage to tell him to f*ck off. It’s hard not to feel for Jesus, who is wonderfully played by Hector Medina. He’s a survivor. The kinda person who will give you the shirt off his back, or give you the last slice of his bread. What’s frustrating is watching people take advantage of him and his humble generosity. The emotional peaks and valleys that are depicted  between him and his father feel like an emotional roller-coaster. Every time he makes an excuse for the old man and keeps him around instead of kicking him out, makes your appreciation grow for the quality person that Jesus is. The only joy and freedom he gets in his life is when he cross dresses and performs at a local establishment. In a way, he becomes a star in that moment. It’s fairly liberating to watch. You can’t help but root for this character badly. The raw emotions and performances, especially by Medina is what makes this film so believable and compelling.

I didn’t care much for the initial reveal of Jesus’ desire to become a drag performer. Seemed a bit rushed and uninspiring, unlike the latter portion of the movie. The beginning plays like a film about drag performers, and lost my attention early after failing to connect on why he wanted to be a drag performer in the first place. Was it the money? Was it a liberating experience. It’s not fully answered or touched, you just see Jesus beginning the get a chance. Jesus is such an interesting character that he almost steals the entire spotlight from the other supporting characters. This isn’t as much a criticism as it is a credit to Medina of his portrayal of Jesus.

Viva might not be what you think it is initially. Give this movie a chance. I found it surprising and intriguing that the Irish Film Board and Treasure Entertainment were the production companies, distributed through Magnolia. This is an Irish film with an Irish director and writer, wouldn’t have guessed it in a million years had it not been shown in the credits. Doesn’t feel Irish at all. Such a heavy Latino vibe to it, which is credit to the Irish filmmakers for pulling it off so authentically. Speaking of that authenticity, the film portrays relationships among the characters that way. I really enjoyed the performances. It actually had me choked up, and holding back tears. Viva might not be a movie you’d watch over and over again due to emotional weight of it, but it is a movie you should check out nonetheless. It’s a story of survival, expression, and acceptance. All elements vital to our lives.