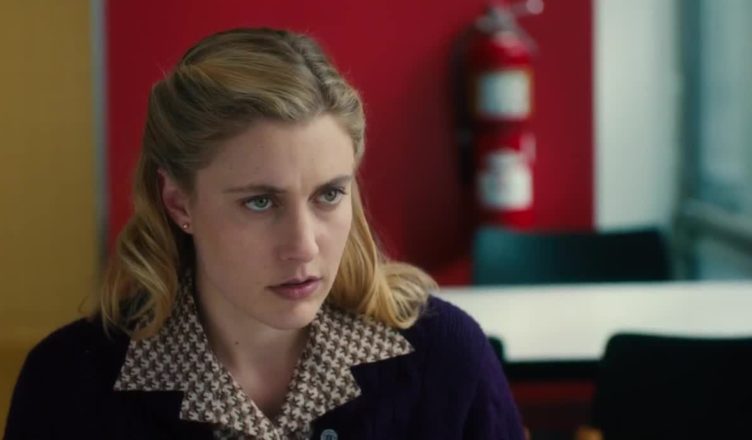 Synopsis: Maggie’s plan to have a baby on her own is derailed when she falls in love with John, a married man, destroying his volatile marriage to the brilliant Georgette. (Imdb)

“Maggie’s Plan” (Blu-ray/DVD on August 23) is a Greta Gerwig movie, or Greta Gerwig is “Maggie’s Plan”. Both of those statements work because this is an absolutely quirky, charming, and abstract kind of movie. Even though you know what you get in terms of the feel and tone of the movie, writer/director Rebecca Miller does tinker with the formula and adds some substance.

Gerwig plays Maggie (obviously), a young woman that’s given up on dating (welcome to my world), but decides to have a baby via a sperm donation. She slowly discovers hope in John (Ethan Hawke) a middle-aged married writer. A relationship triangle forms, but it will be up to Maggie to figure out what she really wants in life and if the relationship she finally has is actually right for her.

Miller goes for a Woody Allen New York centric theme of people trying to discover themselves during numerous personal identity crisis’. Miller undoubtedly understand the message she is trying to convey in the film, but more importantly she lays it out in a way we all could understand and take away something from it. Every semi-significant character in the film plays a part in the others identity crisis recovery. Even the supporting characters, played by Bill Hader and Maya Rudolph have a meaningful purpose.

The casting is clever and stellar. To get the quality of talents such as Ethan Hawke and Julianne Moore to play Robin to Gerwig’s Batman and to make them just as important and significant is definitely the clever part. Both are terrific actors that do really give it their all in this film. Moore plays a loony and super intelligent dictator. She boasts a fairly convincing Scandinavian accent, it’s fairly goofy actually, but only an actor of her caliber can take on such an odd character and make it seem natural and convincing, instead that could have been a character that could headline an SNL sketch. Speaking of SNL, Hader and Rudolph play the most rational and dysfunctionally bickering couple. They appear to be complete mismatches for each other, yet that’s what makes their marriage unique and authentic.

The underlying messages about relationships and love that rise to the surface are throughout the film are noteworthy. The lack of proper communication is what leads to the ridiculous encounters and eventually to “Maggie’s plan”. I liked how smartly written this film was. The witty and sarcastically peppy dialogue aside, the film keeps moving and a fast pace that keeps me intrigued. Yes, it had the wacky and quirky Gerwig nuances, but they didn’t overshadow the film.

The story feels too convoluted at times. Too many moving parts. Who is in love with who? Why are they reacting the way they do? Why does John have feelings for his Georgette (Moore) even though he despises her and wanted to leave her. Yes, it’s explained a bit thought his actions, but you don’t get the whole meaning. The film moves at a fast pace and it overlooks certain aspects of these relationships.

One minute John is flirting with Maggie and a potential hook-up or romance is teased, next minute they are living together with a their kid whose already about five! How does that happen all within one scene? It’s like the film moves at the pace of the way these frantic characters mind dictates them. As a viewer you want it all to slow down to understand it all better.

You can’t overlook that the film is engaging. The relationships are so weird that it feels real. These days people are sort of out of touch with reality with all the social media, digital devices, and loss of human interaction and communication, so why not embrace it. All this confused and flaky behavior seems fitting and authentic. It’s a great mix of talent that surprisingly meshes well together with Gerwig at the helm. The message I got was the life sort of plays tricks on your through it all and it’s the acceptance the intricacies is part of your personal destiny. The film relates to our evolving methods of parenting, relationships, and personal independent desires. Maggie’s actual plan may not seem that rational even though it becomes fairly serendipitous, but the journey is fairly enjoyable.