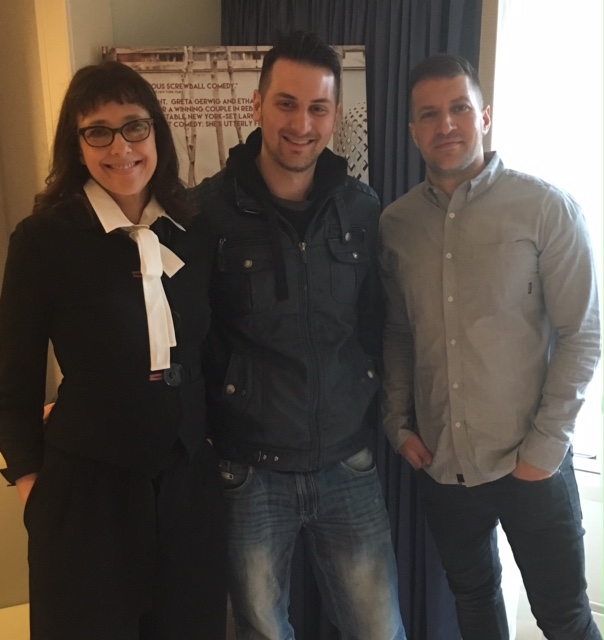 In preparation for the release of their movie “Maggie’s Plan”(out May 27, 2016), I had a chance to sit down with writer/director Rebecca Miller and producer Damon Cardasis at the Peninsula Hotel in Chicago. They discussed making of the film and the excerpts of the interview and the full audio can be found below:

Jim: What is the central message the film is trying to convey:

Rebecca: I think that there is something Bill Hader’s character Tony says at a certain point that love is messy. Yeah, love today is complicated, messy, it’s not neat and tidy, it’s just accepting of the fact people sometimes have complicated and messy lives. We have blended families, we have single parents, we have people who think they will be single parents and end up not being single parents. Coupling is so fluid that sometimes what you’re left with is kind of this tribe or clan is important as couples.

Jim: Things have changed these days, the way we communicate and dating. Things aren’t as simple and easy as they seem to be, that’s the message that comes through in the movie.

Damon: Yeah, it’s a very modern story in terms of relationships, in terms of how to have a baby, sort of everything, and it’s very real too. It’s something that everyone can relate to, these families, this sort of mixing and matching, it’s sort of makes it more interesting. At the end of the day it’s sort of one clan no matter what.