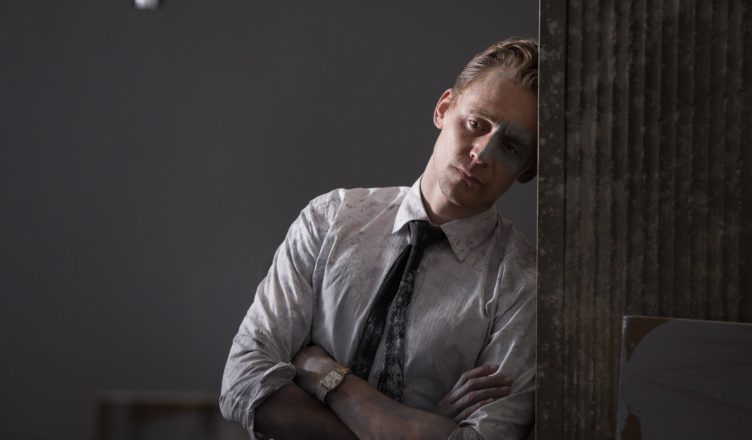 Synopsis: The residents of an upscale high rise building revolt against each other as chaos ensues.

Talk about movie disasters, “High-Rise” would be one of them. A promising cast including Tom Hiddleston, Sienna Miller, Jeremy Irons, and Luke Evans go to complete waste in this sadistic mess of a movie. Hiddleson plays Dr. Laing. Whose only medical work that’s seen is of him slicing up cadaver human heads, yet he’s the seemingly most rational and normal character for majority of the film–go figure. Whatever semblance of a plot that there is basically centers on an upscale high-rise building. The setting is so obscure that the supposed 1970’s setting reflects a post-apocalyptic world. To summarize the plot, the proper citizens of this posh building go haywire. Don’t look away now, I have a lot more on this.

Shockingly there are a few positive things about this film. The dark reddish color tones look fairly neat. There is some film-noir feel, merely by the presented look of the film. The building looks futuristic from the outside, something that would belong in a Batman movie. Tom Hiddleston makes a bland character tolerant enough. Maybe it’s just cause every other character sucks. The filmmakers managed to get a solid cast of actors, so that’s a plus, until you realize they wasted them all away. The first 20 minutes or so kept me a faintly intrigued. The relationship between Hiddleston and Miller’s characters is established early on, it has a bit of promise until it turns to nothing. With every smidge of something positive that’s established, they manage to undo it soon after.

Where do I start? Unbelievably this movie is a minute short of 2 hours. That’s two hours of my life I can’t get back. The beginning attempts to set up a plot  and the end has a bit of a wrap on the events that transpire, but the middle of the movie is the same nonsense over and over. If you were to cut out 70% of the middle of the movie, not a thing would have ended up changing. It’s just constant violence, gore, and hints of rape occurring. Not sights anyone wants to witness. The film is based on a J.G. Ballard novel, which should have probably remained a novel since the film is good for nothing.

This is one of those films you just walk out on. It societal class warfare with no point or payoff. It’s an unpleasant film to watch and even worse to fully rationalize. Director Ben Wheatley and writer Amy Jump should keep their collaboration down to smaller indies with lesser names like they’ve done before. I’m shocked they managed to get the caliber of names for this film as they did. What sort of bribes or pictures did they have on these actors?! The only thing this brain rattling disaster got right is stay somewhat true to their title–“High-Rise”, as you’d have to be on some drug high to enjoy this (not that I’d recommend going that route).