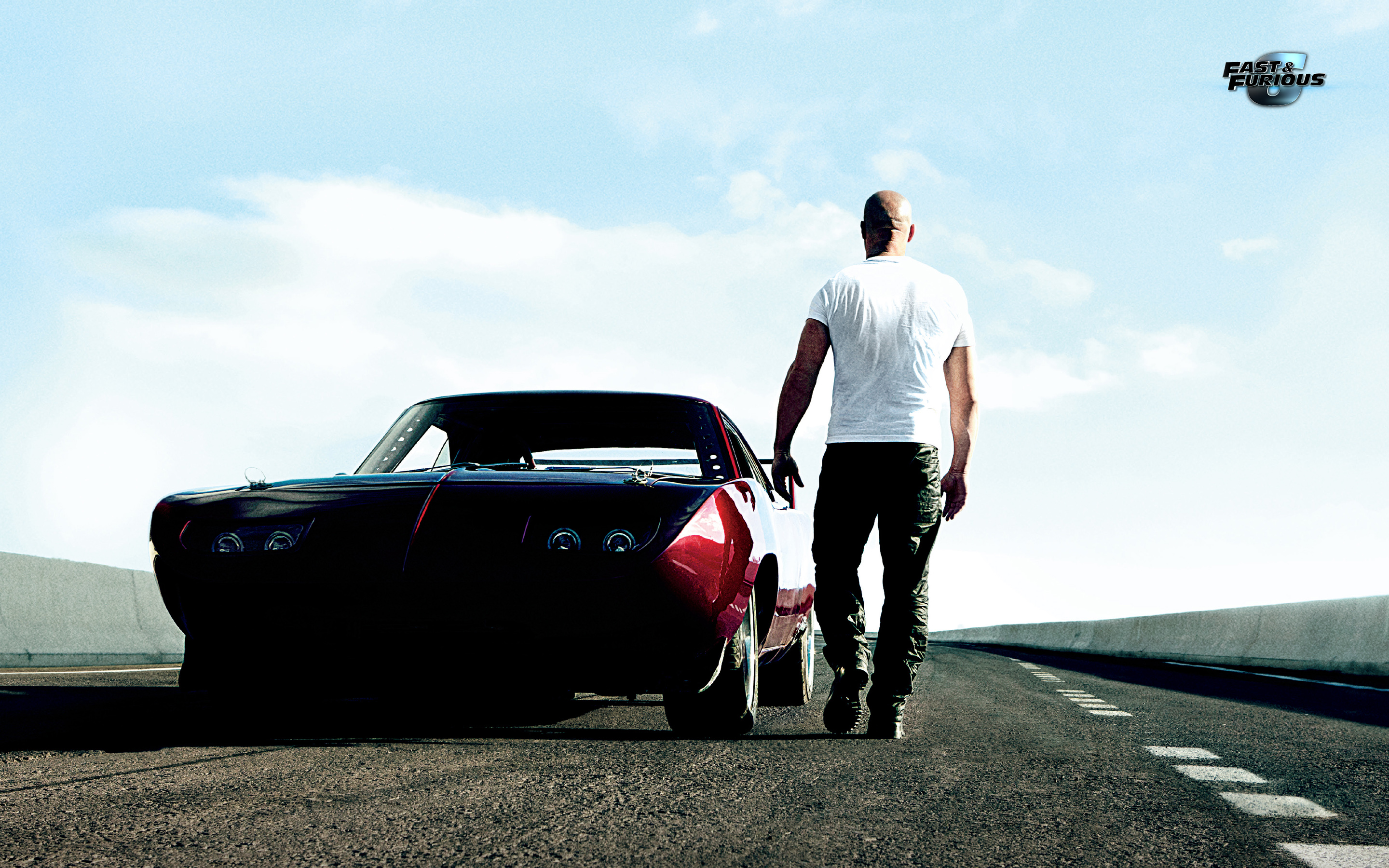 Since Dom (Diesel) and Brian’s (Walker) Rio heist toppled a kingpin’s empire and left their crew with $100 million, our heroes have scattered across the globe. But their inability to return home and living forever on the lam have left their lives incomplete. Meanwhile, Hobbs (Johnson) has been tracking an organization of lethally skilled mercenary drivers across 12 countries, whose mastermind (Evans) is aided by a ruthless second-in-command revealed to be the love Dom thought was dead, Letty (Rodriguez). The only way to stop the criminal outfit is to outmatch them at street level, so Hobbs asks Dom to assemble his elite team in London. Payment? Full pardons for all of them so they can return home and make their families whole again.

I could probably talk about this movie in length and in fact already have about the franchise as a whole, when I wrote up my ‘Why Fast & Furious 7 is going to kick ass’ article awhile back. Yes, if you didn’t know already, there is a seventh and final film along the way in 2014. But that’s what these movies are and have become, little in-notes and nods to the previous film and maybe the film before that. Or even the film before that. We’re along for the ride and in this case Brian and Dom are rushing to the hospital, as Mia (Jordana Brewster) is about to give birth (another storyline being tied up from 2011’s Fast Five). Meanwhile halfway across the globe we’re being re-introduced to Agent Hobbs (Dwayne Johnson) who is now partnered up with Riley (Gina Carano) as they track down international criminal Owen Shaw (Luke Evans) and his own crew of associates which somehow includes a resurrected Letty (Michelle Rodriguez). Which is a nod to the after credits scene from Fast Five, where everyone in your audience let out a collective ‘what the f^&k’.

And that’s how the storyline ties itself together, as Letty supposedly died in Fast & Furious (2009). It’s simple reasoning and enough to drive the entire crew to be there for one another on principle. And there is a familial beauty to it – it’s a relatable notion. Not that going globetrotting with fast cars is the norm. But there is a sheer brilliance to the relevancy, which Chris Morgan (writer) and Justin Lin (director) have been working on character wise since 2006’s The Fast & Furious: Tokyo Drift (which is, ahem, now canon). And again, it’s probably the singular reason why you are watching this movie. You love the characters.

Vin Diesel put it best when they were planning Fast Five, “they wanted to do the characters justice.” Except when they put pen to paper the overarching storyline was so big they divided everything into sequels, because it was just so much. But it’s a care to characters rarely seen in films. Especially when a franchise becomes storied. I think it’s something even the Harry Potter franchise failed at, as there was a/are missing detail(s), in my opinion, that could’ve wrapped up the characters there better. Even Twilight did it better (I thought). And it’s something we’re also witnessing with Marvel and their on-going universe. At the end, a part of it becomes one part nostalgia and maybe another part source material. So in all the ways I compare and contrast those movies, I’m looking simply at why people keep going to see sequels. You’ve grown to like (in no particular order) Dom, Brian, Roman, Han, Tej, Gisele, Mia, Letty, etc every character that has been introduced into this franchise. They’re fun to watch. It’s a level of consistency and simplicity and oddly still in a movie about fast cars. It stays to its roots, isn’t without it’s conveniences but doesn’t shy away from them.

It’s pretty amazing to see how far these movies have come along since The Fast & The Furious came out in 2001. I mean really, it’s been over a decade and we’re now at our sixth installment. And again, really the thought of stretching out fast cars, cool characters, stereotypical action, into seven films – it’s downright absurd. I’ll be the first to acknowledge that. It’s a strange attraction these films have created. But that’s the point. Absurdity, insanity and any other associated adjective can be attributed to the Fast & Furious franchise. Because simply this franchise as a whole is the very definition of a guilty pleasure. I know it is for me, and I’m not ashamed to admit it. It’s almost to a point of bias and that’s what makes writing this review so fun.

But that right there is the entertainment of it. In the simplest ways, we’re watching a soap opera, with romanticized action and characterization. The ideology of ‘having everything you want, but it not being enough’, ‘some place to call home’, ‘friendship’, ‘loyalty’, and ‘family’. All of that is relatable. When a film leaves you wanting more, I think a movie has done its job and that’s what Furious 6 did.

And just when you think the gas hadn’t been pushed hard enough, this film still has its mid-credits scene where this time, your audience will let out a collective “holy sh#$”.

Because I ate first at the table, I’ll say the grace “thank you for summer movies, popcorn, matinees, and above all else, thank god for fast cars.” Okay that might’ve been a little corny, but whatever.

Sound off on what you thought of the film below!