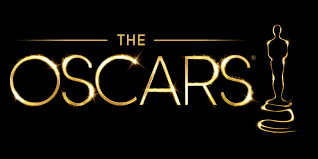 After a very much anticipated Oscars 2016, it was packed with upsets, snubs, and a miracle. Many people asked, “what’s next for this year’s Oscar winners” or “what’s the next step in their career”? In this post, I will be speculating the answers to your post-Oscar questions. But, the first business of order is to give a standing ovation (yes, ladies and gents) to Chris Rock. He took an award show that was receiving bad criticism because of a lack in diversity, and turned it right on its head. It was funny, strategic, and most importantly, relevant. It was tackling controversy bluntly, but Chris did not do so in a preaching way. I never got to share my opinion on the situation, but Chris couldn’t have said it any better. Is there racism in Hollywood? Absolutely, YES, but is this the highest priority in the fight for Black Americans gaining equality…not really. So, moving along. Everyone who presented did an awesome job. Some of those noteworthy were: Kevin Hart, Louis C.K, and Sara Sliverman, just to name a few.

Now let’s move onto the winner of category, Animation. Without any doubt, Inside Out won. So, what is next for Pixar studios? Nothing much different, they continue to keep cranking motherfucking hits. Seriously, out of the sixteen films that Pixar has produced, I only have disliked two. That’s a pretty high percentage, if I do say myself. And out of those fourteen, eight of the films have won this category before. As the old saying goes, if something ain’t broke, don’t fix it. The next film could be about a star fish with a lazy eye, who became a prostitute after losing her parents, and it would still be up for the best animated category. But, why? Because it made you laugh, cry, and relive some weird part of your childhood. 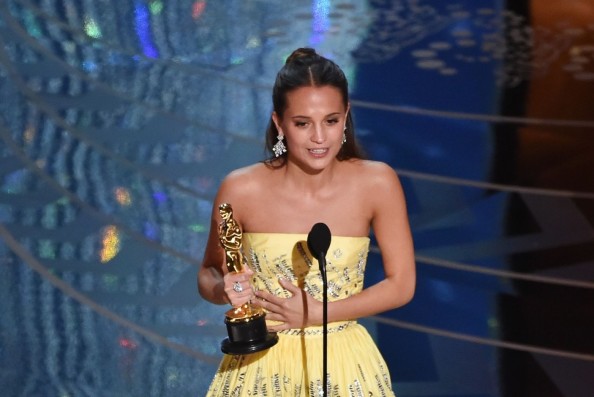 Alicia Vikander has had one hell of a year. She was in four movies, plus a documentary, during 2015 alone. She was like a Swedish Samuel L. Jackson grabbing jobs everywhere. Ex Machina, that won for Best Visual Effects (which was straight up bullshit, if you ask me), already had set Alicia’s career onto the right path. But, no that wasn’t enough, she starred in a little movie called, Danish Girl, and gave a life time performance. This landed her the Best Supporting Actress Award to add to her mantle of achievements. What’s next for her? Anything that she desires. She strikes me as a person who isn’t afraid to take on a role. Why would she be afraid to spread her acting wings? I have nothing but the highest hopes for Alicia. Maybe, she’ll be able to include a comedy or horror to her resume. Maybe, just maybe. 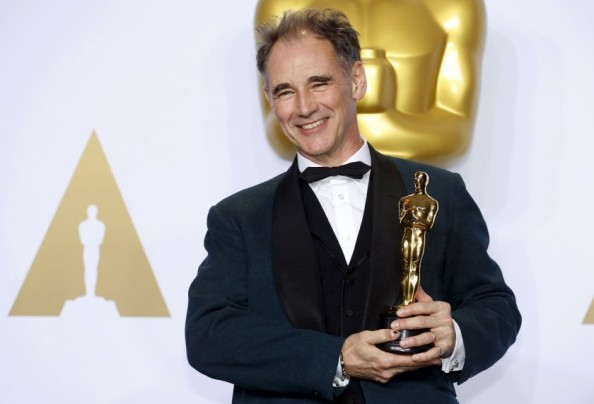 The Best Supporting Actor went to Mark Rylance for his performance in the Bridge of Spies. This came as a complete and utter shock. Didn’t it hit you like that too? I was bewildered to see him on the list. But, to actually win … Every actor nominated for this category should had won before him. His performance wasn’t captivating, mind blowing, or earth shattering. It was simply, EHH. His role could have been done by any old actor, and still would have been as good or even better. So … what’s next for Old Marky Mark? Nothing, but suspense, thrillers, and dramas for the rest of his career. I can foresee him getting pigeon-holed in these types of genre. I am no discrediting his talent; however, he is not convincing to become a household name – yet. 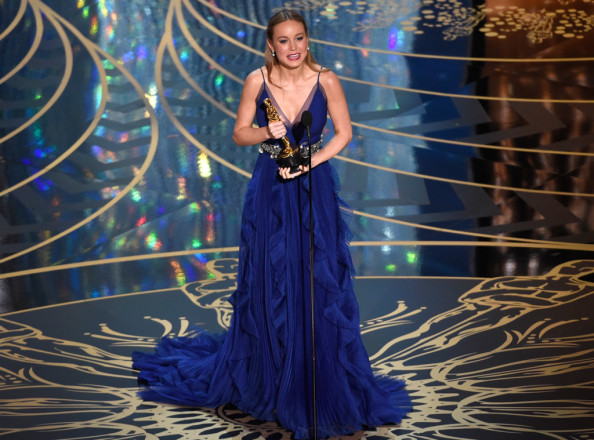 Now on to the bigger categories. Brie Larson was nominated and won the Best Actress Award for her role in Room. I cannot, I repeat, cannot frigging believe Brie won! Let’s get real. Room was a disappointment of a film. (SPOILER ALERT) When you watch a movie on kidnapping, the audience is supposed to empathize with the captive. I FELT NOTHING, BUT FRUSTRATION AND HATRED. It written poorly, and I felt as if she mailed in her entire performance. (SPOILER ALERT OVER) What is next for the career of Ms. Larson? If we’re being honest, this gave her a career. Prior to this, she was riding that thin line between an ex-movie star turned junkie, or getting her own reality show. Now, it’s going to be Christmas for her every day. What happens to an Oscar winner? They become flooded with scripts. My best bet is that she will stick to thriller and drama genre for at least two more movies. After, I can see her switching to comedy because she seems to follow that pattern throughout her career. 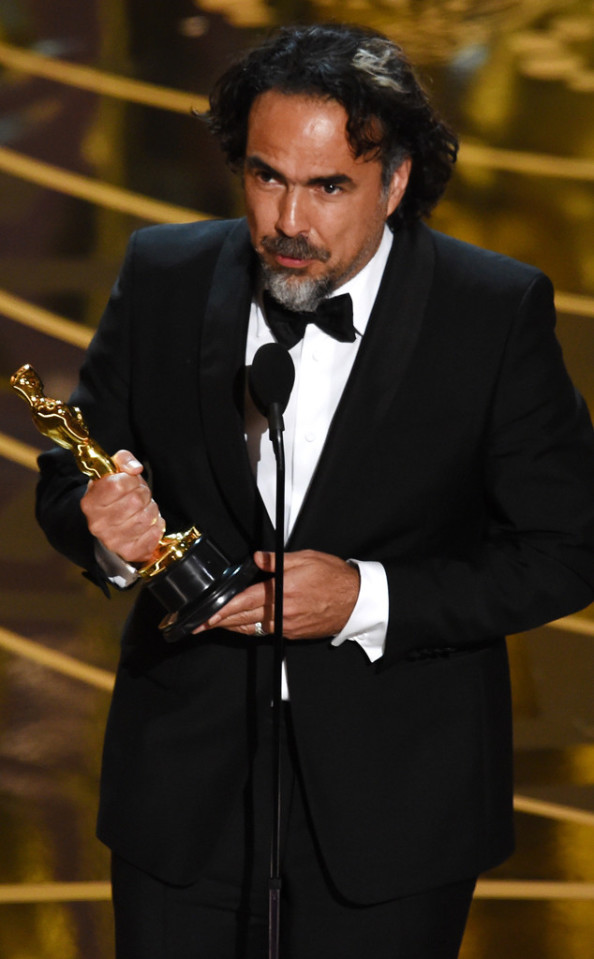 Alejandro González Iñárritu won for Best Director of the Year for the Revenant. This is the seconed year in a row he won an Academy Award for Best Director. Do you know what that means? Alejandro is becoming a problem. I don’t mean this in a bad sense. But, this is a notification that all directors need to step up their game. However, I know that you might tell me, “but Mo, isn’t too early to declare Alejandro as the second-coming of Steven Spielberg” Hey, nine out of ten times, you would have a fair argument, but, Mr. Director the Year is a different case. Last year and this year, he did two completely different movies, and two completely different genres, while directing in two completely different styles. He is more than a one trick pony. He is becoming borderline genius. For the next three years the movie world will be watching Alejandro like a hawk. If I had to put money on it I would say his next film is going to be some sort of drama. He just can’t seem to stay away from it for too long. 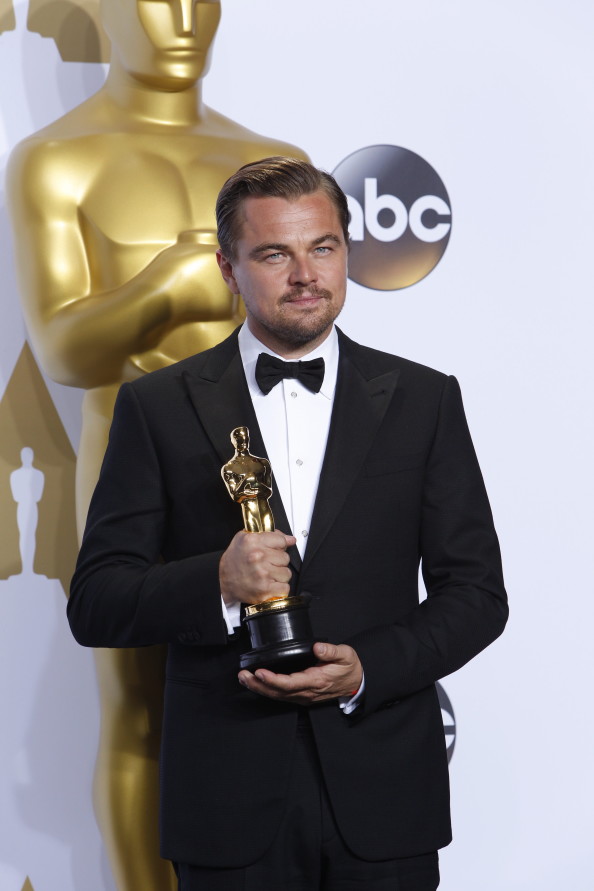 Branching off the Revenant, came the answer to the biggest question of the film community. February 28, 2016, Leo DiCaprio won his first Oscar … FINALLY! I have never been so proud for an actor to win in all of my life. I felt if I had won the Mega Millions lottery because I’ve been following him along his journey. He went from a kid acting on television to dying in the Titanic (SPOILER ALERT) to becoming a con artist running away from Tom Hanks. He has been a cop, a crazy inmate, playmate, dream thief, a Wall Street shark and most recently, a bear survivor. The gratification, the world received when a quality actor (who has actually earned it) is finally able to list an Oscar on his resume is PRICELESS. What’s next for Leo? I think retirement. He’ll take a hiatus to settle down and have a kid or two with one of his many models (you pick). If not, the family life, I can definitely see him embracing directing. In either case, working at Burger King or stripping on a pole, he’ll do with complete perfection.

P.S LEO GOT AN OSCAR. THEY FINALLY GOT IT RIGHT!

3 thoughts on “Oscar Winners and Their Next Moves”