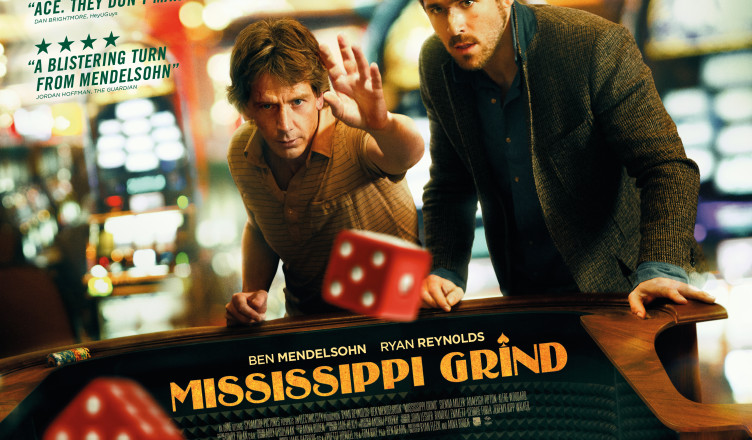 3.5 out of 5
Two Woodfords worth of a bromance road movie

Mississippi Grind tells the story of a down-on-your-luck loser, Gerry, who has lost his money, wife, sobriety and dignity to alcoholism and a poker addiction. Out of a chance, his path crosses that of Curtis, played by Ryan Reynolds, who joins the same poker table at a run-of-the-mill casino in Illinois. They met again, by coincidence, at a local bar, where a friendship starts to form over drinks and stories. It doesn’t take Gerry long to form a conclusion – good things happen around Curtis. Enchanted by his new ‘lucky charm’ friend, and in an act of final desperation, Gerry throws Curtis an absurd proposal; lend him some cash, hit the road, hit the casinos, win a fortune, split it, live happily ever after; and enjoy the ride along the way. 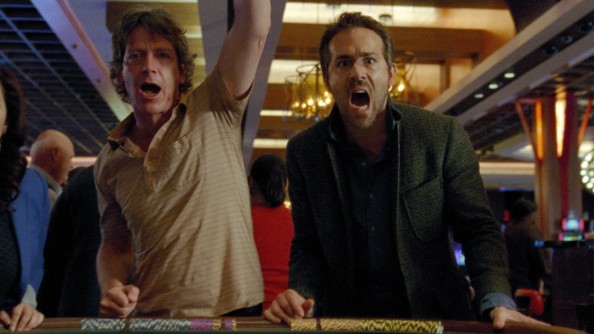 I know what you’re thinking – who asked for another story about the self-destructive white guy dealing with a cliché metaphor for his mid-life crisis? Perhaps I was blinded by the humorous dialogue and retro visuals, but my feeling is that Mississippi Grind actually has a little more to offer than your average on-the-road gambler flick. What we see in Ryan Fleck and Anna Boden’s latest title is an unpretentious story about friendship, hope and salvation.

Described by critics as “a great American movie”, Mississippi Grind does indeed do what any great American movie should – portray the rock-bottom turning-point of a flawed protagonist’s life, either in his pursuit, or rejection, of the American Dream. Just like any other classic American movie, the film also pays homage to US culture – from the Southern soundtrack and sweeping landscape shots, to state-related trivia and a romanticization of the vagabond lifestyle.

Not as insufferably whiny as Mark Wahlberg in The Gambler, nor as charismatic as Matt Damon in Rounders; Ben Mendelsohn gives a fantastically honest performance which draws reluctant sympathy out of us when all we should be thinking is “what an idiot”. Though we might not have experience with a crippling gambling addiction, Gerry portrays so much else that an audience can understand and to some extent relate to – a hopeless state of self-doubt, loneliness and inner conflict.

Without ever trying too hard, Reynolds brings to life a wonderfully free-spirited and mystical character. Though the instantly likeable Curtis keeps the tone light and the plot moving, we are left in no doubt that he’s struggling with demo 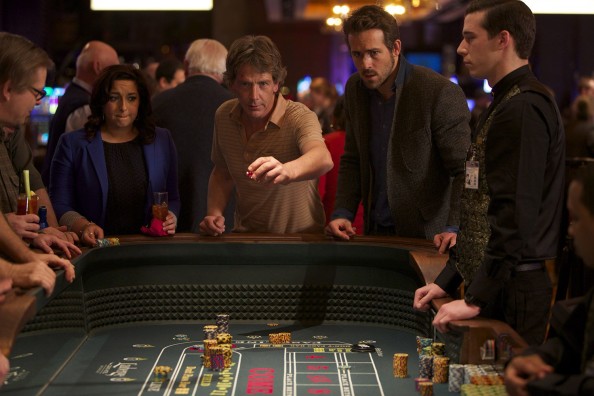 ns of his own. From the moment he advises Gerry to “trust a stranger”, we know we are at some point going to be shown a scene of agonizing betrayal, yet we’re pleasingly underwhelmed when the moment comes. A guilt-ridden Curtis cashes out winnings which Gerry didn’t know existed, only to then lose the cash in a manner so self-destructive that we think maybe Curtis is more similar to Gerry than we were initially led to believe.

What really makes the movie work is a point on which no critics seem to disagree – the flawless acting on on-screen chemistry between Mendelsohn and Reynolds. In this subtlety existential film which keeps the details ambiguous, the two actors develop some of their most complex ever characters. In a throwback to road movies of the ‘70s, the layered dialogue during car journeys engages the audience every bit as much as impromptu fist fights with a gang of strangers.

As he road trip unfolds, we inevitably come to realize that Gerry has a lot more than money to win back. We watch two friends search for an answer to emotional emptiness; a purpose to things. The tensest part of the movie may well come down to the scene in which a frustrated Curtis confronts Gerry during their lavish dinner at a five star restaurant – “What do you want, Gerry?” Whether either of them ever really figure it out is up for interpretation.

The bottom line is that Mississippi Grind is not a story about a poker. If you were touched by  Five Easy Pieces, charmed by California Split (from which Boden and Fleck drew inspiration), or simply have a soft spot for slow-moving road movies – you’ll feel right at home in Curtis and Gerry’s journey through the South. If none of the above applies to you, you might still find yourself won over by the endlessly endearing chemistry between Reynolds and Mendelssohn’s masterful portrayals of two deeply flawed, and deeply compelling, American characters.