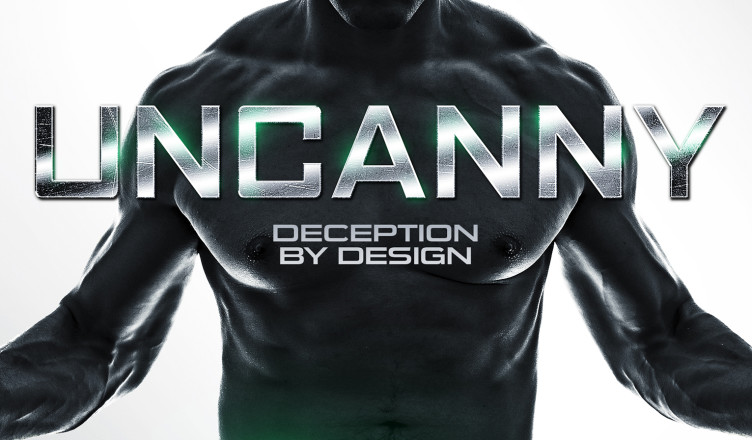 A cutting-edge Artificial Intelligence android exhibits unnerving emergent behavior when a reporter begins a relationship with the scientist who created it.
Joy, a tech journalist, is invited to stay for a week with a reclusive tech magnate. During her stay she meets David, a former prodigy and robotics pioneer who has spent a decade working on Adam, an android so realistic that he initially fools Joy into thinking he’s human. Over the week, Joy gets to know both Adam and David, neither of whom are very well socialised, especially when it comes to women. Her week is full of uncomfortable situations but she ultimately starts to have feelings for David. This provokes jealousy in Adam, something he’s never experienced before.
Where Alex Garland’s EX MACHINA ultimately descended into a ‘men and their sex toys’ picture, UNCANNY offers thoughtful, independent science fiction deserving of a wide audience.

Too often it is not an encouraging signal when I see an army of Executive and customary film Producers presented on screen before the story even gets underway.  However, so many times this is what it takes to fund a movie, particularly if it is a modest independent like “Uncanny”.  The hope is that it doesn’t wind up being a case of too many cooks spoiling the resultant broth.  Gratefully, veteran indy Director Matthew Leutwyler’s sci-fi fantasy rewards resplendently with this tale of a robot behaving “uncannily” like a human, in what is essentially a lower profile version of last year’s much bigger budgeted yet underwhelming “Ex Machina”.

Lucy Griffiths (HBO’s “True Blood”) is as naturally talented as she is beautiful in the role of Joy, a high-tech magazine writer who is on a week-long assignment being introduced to the top-secret inventions fashioned in a cutting edge lab known as “Workspace 18”.  She meets and comes to know long-cloistered genius David and his most cherished “accomplishment”, Adam (a not-so-subtle Biblical reference), an astonishing creation of Artificial Intelligence that, at first, completely passes for a man of flesh and blood in her eyes. Joy will learn that while Adam’s physical being is one thing, this programmed fellow’s emotional well-being is a whole different breed of animal.

Early on in these proceedings, I got the spooky sense that this unusual visit was heading inexorably down an ominous road.  My hunch was later realized as the relationship among the principle characters degenerates into a warped and progressively dangerous brand of love triangle.  The persistent aura of uneasiness was insistently and effectively enhanced by the eerily atmospheric score courtesy of Music Director Craig Richey.

In time the only question here becomes how calamitous will be the climax?  “Uncanny” ultimately presents a pair of back-to-back twists with which to wrestle.  Unlike me, you may see one or both of them coming.  I am of the notion that at least one of these predicaments can be rectified.  But in the end, the beauty of this deliciously unorthodox conundrum Leutwyler leaves us with is this:

The cold conclusion that none of us can really know for sure.