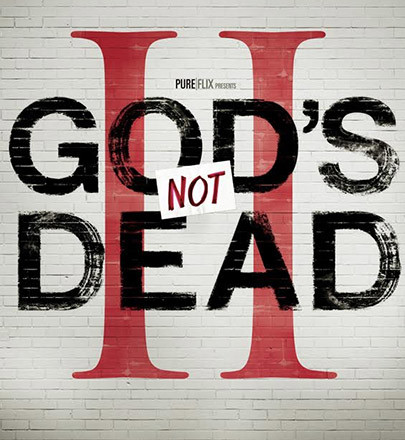 I must have been slipping on my movie game because I didn’t know there was a God’s Not Dead 1. Nor, did I know there was a part 2 in production. I watched the trailer because I love Melissa Joan Hart. However, after watching the trailer, now I hate Melissa Joan Hart. God’s Not Dead 2 is way too dramatic for its own good. It’s so dramatic that it borders on being comical. She says a quote from the Bible, and it turns into a city wide court case. You know me, anything that sheds light on a taboo topic, I’m down for.  It’s cute that they are trying to tackle a social issue, but when you lay it on so thick, it just comes off as a-w-k-w-a-r-d. Honestly, if you can keep a straight face during this trailer, then you deserve a medal. With all that being said, it is most likely going to make a killing at the box office. Religious films always do. Check the trailer out and share your thoughts.