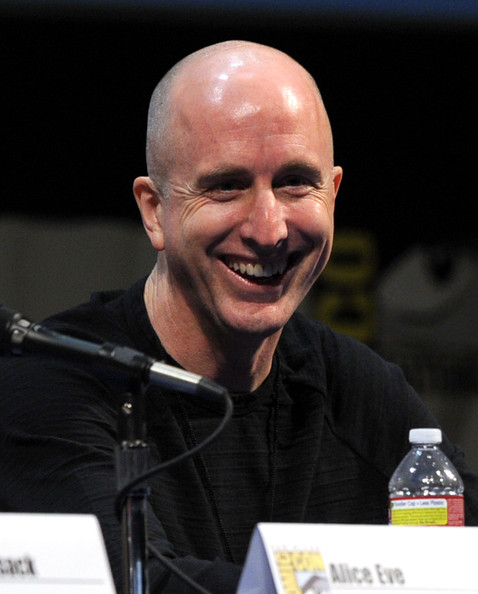 With the DVD and Blu-ray release of Survivor out June 23, I had a chance to talk to director James McTeigue. James talks about what it was like to work with Pierce Brosnan and Milla Jovovich, collaborating with the Wachowski’s, and the recently released Netflix series Sense8.

Jim: Hey James, good to hear from you. How did you get involved with the film, was this pitched to you?

James: It came to me through my agent Scott Greenberg at CAA and Irvin Winkle, who is a pretty famous Hollywood producer that has done a bunch of Scorsese movies, and The Right Stuff, They Shoot Horses, Don’t They?, he’s done the all the Rocky movies, so he’s had a long storied career. They sent me this film, I took a read and I really liked it. The things I really loved about the script was it was sort of a throwback to some of the 70’s thrillers movies that I liked such as Three Days of the Condor, Marathon Man, even The Day of the Jackal, I guess Tony Scott did an upgrade on it called The Enemy of the State. The other thing I really liked was that it had a central female character, where in other movies they had male leads. I thought it was interesting to put a female at the center of this sort of movie.

Jim: That’s definitely noticeable, having Milla as the lead in a genre that’s dominated by male leads. Having Pierce Brosnan play the opposite of a role you would expect him to be in. How was the casting process like for you, and getting talent such as Milla, Pierce, and Dylan?

James: Yes, of course I was involved in the casting. I thought Milla would be great for the role and she was. If you seen the Resident Evil franchise, you would see she’s great with the action. I thought there was a decent amount of action she would be involved in, as well as the dramatic chops she had to display. With Pierce I thought it would be fun to play him against type, and I think that Pierce was really open to it as well. It’s not often that you get a character like that who is a methodical assassin that really doesn’t have a backstory. I thought that was really interesting, it had that sort of The Day of the Jackal about it. I think ultimately you understand what his motivation is, and the sort of fatigue he has around what he does, but that he knows that he has to do it. There is a certain relish that he goes about job with. All of a sudden he’s come up against this spoil who is and keeps out-stepping him and he finds it very frustrating.

James: Oh great. Look, I have a great cinematographer I worked with Danny Ruhlmann who I’ve worked with on a few films. I think being in London where we shot the majority of the film, I was really interested in showing different parts of London that are not normally explored in film. I’ve worked and lived there a bit. I definitely thought it was worth getting that naturalistic and realistic version of London so that you would actually feel that those characters were in those places, rather than shooting it somewhere else and saying it was London, that was London. If you wanna say it was a character in the movie, I’d like that. It adds something to all the characters and to the dramatic through line of the film.

Jim: I feel it definitely did do that, and enhanced the atmosphere of the film. You guys also shot a few weeks in Bulgaria, so what made you want to shoot out there and not all in London?

James: The company that we did the company for Millennium, they had involvement in the studios in Sofia. We went there to do some of the studio work, so it was mainly to do that. You know really the majority of the film was shot in London, so that was just the normal studio portion of the movie.

Jim: You’ve been working a lot with the Wachowski’s throughout your career. It seems like it’s been a partnership with Andy and Lane. What do you like about collaborating with them the most?

James: You know, first and foremost they are friends. I think the film experience, if you can work with people you’ve worked with before or even friends, the goal is to make great product and to keep pushing each other to do better and better things. I think it makes it a very rewarding experience. We are always looking for things to do together, to tell you the truth. If they make a film, sometimes I’ll go and shoot some second unit. If I make a film they’ll come and shoot some second unit, not that they did that on Survivor, but other films I’ve done they have. I think the TV experience we just did on Sense8, it was perfect. There were eight different characters that happened in eight different cities around the world, it was me and them and another friend of ours, and our old visual effects supervisor Dan Glass. We all took different countries and I think we all had the same sensibility and hopefully the same aesthetic thing that we like, so it was great to bring it all under the same umbrella.

Jim: Speaking of Sense8, this is sort of a different concept. You are heading out to different locations and filming different parts. How different was it working on this than from a standard kinda movie?

James: It was really great. Netflix are great creative partners and collaborators. What you get to do is like the new independent cinema. Post 2008 it all changed how independent films were made. I think TV and cable have picked up that slack. What you get to do is try things, you get to have different storylines, longer character arcs. The thing that has become apparent is that some stories just can’t fit into two hours, but it doesn’t mean you can’t have that filming quality that you are searching for. The way the cable channels operate is that they give you the freedom to do that and to experiment, and have very different storylines and within those storylines very different characters, and you know I think that was the very interesting part in doing that, I’d say.

Jim: As a director do you like this sort of new wave that outlets like Netflix have been doing. Having that freedom to do different things without being constricted by movie studios. How is it in a director’s sense, it’s sort of like independent filmmaking, right?

James: It’s great. I mean I think the studios have their place, by their own accounting I’ll tell you that they are doing lesser movies than larger movies. You know the risk is always greater. You have to spent a lot a longer on films and development because there is a lot of money at stake. When doing something for Netflix for example, there is more freedom and it’s great as a filmmaker. The project doesn’t become a three or four year project, it can be like Sense8, from the time we started shooting till the time it will air the twelve episodes it will be less than a year. When you boil it down, basically that’s four or five feature length movies that you’ve done in a year, which is pretty amazing.

Jim: What’s next for you. Any projects that you are working on that are coming up?

James: Yeah, I’m doing a film with Voltage called Equinox which I’m actively I’m trying to cast at the moment, so have that coming up. I have a few other films in development. I’m thinking about doing some more stuff for Netflix where we are in the middle of talking at the moment.

Jim: Sounds like you are busy with work, which is always a great thing in this industry.

James: Yeah, it’s always good. For every five or six projects that you develop, there seems like five fall by the wayside and one sticks and you end up doing it. I think if you are always searching for quality projects then that’s okay.

James: Oh, thanks a lot man. Thanks for all the great questions and glad you enjoyed the movies, really appreciate that.

Thoughts: Really smart and insightful thoughts from James. Been a fan of his work. Getting a chance to speak to him, you definitely notice a humble individual who has a passion for film, also seems like a guys guy. Survivor is a solid thriller with a good cast. Sense8 is a highly talked about show that has a unique concept. I really feel it will do well on Netflix and will be a hit show. Really found it interesting how accomplished directors such as James are really leaning towards the new filmmaking model and working with mediums such as Netflix who are on pace to start challenging the studios with their popularity and accessibility.