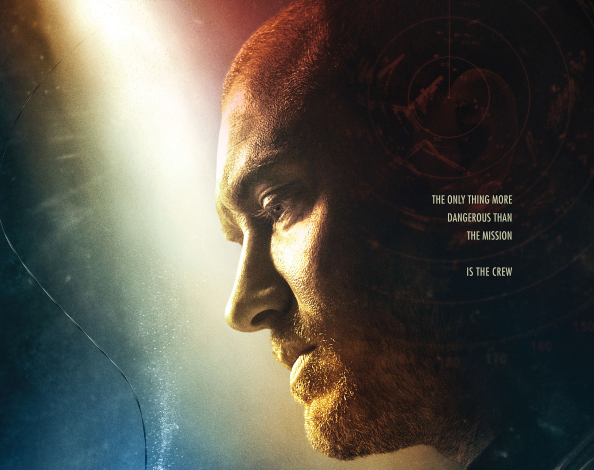 A suspenseful adventure thriller directed by Academy Award winner Kevin Macdonald, centering on a rogue submarine captain (two-time Academy Award nominee Jude Law) who pulls together a misfit crew to go after a sunken treasure rumored to be lost in the depths of the Black Sea. As greed and desperation take control onboard their claustrophobic vessel, the increasing uncertainty of the mission causes the men to turn on each other to fight for their own survival. (C) Focus

I thought Black Sea was gripping entertainment that I hope doesn’t drown in the barren choppy waters of January/February releases where the target demographic (older adults who like high quality movies) are distracted with catching up on the Oscar nominated movies. That would be a shame! Make sure to see this one. There isn’t anything like this currently in the market place of cinema. I’m surprised it is being released this time of year. Jude Law carries the movie with unexpected emotional range focused on the mission, but concerned for his crew while haunted by his past. Audiences looking for a high quality escape should consider Black Sea.

One problem I did have with Black Sea was how the plot progressed. I didn’t find the motivation of the characters and the grim circumstances to be believable. I know Black Sea highlights greed and man’s depravity to conquest the deep oceans motivated to obtain wealth. However, I wasn’t convinced during some of the critical turning points that this was natural human motivation. I know it hinted at International turmoil between characters from different countries. It just felt like forced progression toward preposterous circumstances. Was this supposed to be similar to Snowpiercer and have a message about income inequality as everyone is confined in this dark space?

Director Kevin Macdonald (State of Play, the documentary Marley) successfully built dramatic tension throughout Black Sea. You are on the edge of your seat for several moments wondering what will happen next. One feels trapped within the submarine and sympathizes with the bleak situation. Black Sea throws so much at the viewer, most wont know to expect! I don’t fault director Macdonald for minor issues regarding the characters that I have with the script. In fact, he enhances the storytelling to make it a intensely thrilling romp. It isn’t near the level as The Hunt for Red October or U571, but it is adequate and gets the job done.

2 thoughts on “Black Sea: An Entertaining, Gripping, and Preposterous Thriller”