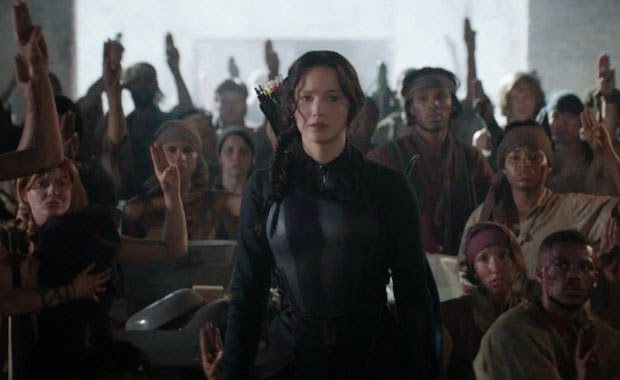 The Hunger Games is one of the most popular series of films since Harry Potter, and like Harry Potter, the final book is broken up into two films. This isn’t the only surprise in store for fans as the release of Mockingjay Part 1 approaches.

And the One Shall Become 2

The exact reasons for the final book breaking down into two films has not been released, but the assumptions are easy to make. Mockingjay is a very action-packed book. Cutting out any part of that action could change the overall structure of the story. Since the book translates very well visually to the screen, there is no reason not to throw it all in. However, doing so requires two movies. This tactic promises to be a success overall. Dealing with the Death of an Actor

For those of you who don’t already know, Philip Seymour Hoffman (who played Plutarch Heavensbee) passed away in February. This dealt a crushing blow to the cast and crew of the Hunger Games films. Plutarch had several scenes in the final films which were detrimental to the plot. What does this mean to the film? According to actress Jennifer Lawrence, these scenes had to be re-written for other actors. It just didn’t seem right to use digitization, nor hire a different actor. This means the story will be changed somewhat to accommodate the unfortunate tragedy of Hoffman’s passing. A major plot element in the films takes Katniss to District 13. Here, she meets a host of new characters. Some new faces to expect in the new films:

These new characters may or may not be new allies to Katniss. For those who haven’t read the books, we won’t spoil the fun.

Yes, comedy. While there will not be a lot of it, director Francis Lawrence told the LA Times that there will be at least one scene in which Katniss has to act for propaganda. One thing that Katniss cannot do well is act. The result of actress Jennifer Lawrence attempting to act like she can’t act gave the director some wonderfully and funny clips for the film. Hunger Games doesn’t offer much comic relief, but Mockingjay will include a little.

In this first part of the final films, Katniss goes underground in District 13 with her family and Gale. She has to come to terms with her role in the uprising against President Snow, gain new allies, and find a way to rescue Peeta from the Capitol.

Where exactly the film will break off for the second is unclear, but fans are excited either way to see what is in store.

The trailer for The Hunger Games: Mockingjay – Part 1 is available online. You can check it out for yourself and get excited for the changes coming. It promises to be even more epic than the previous two films of the series.