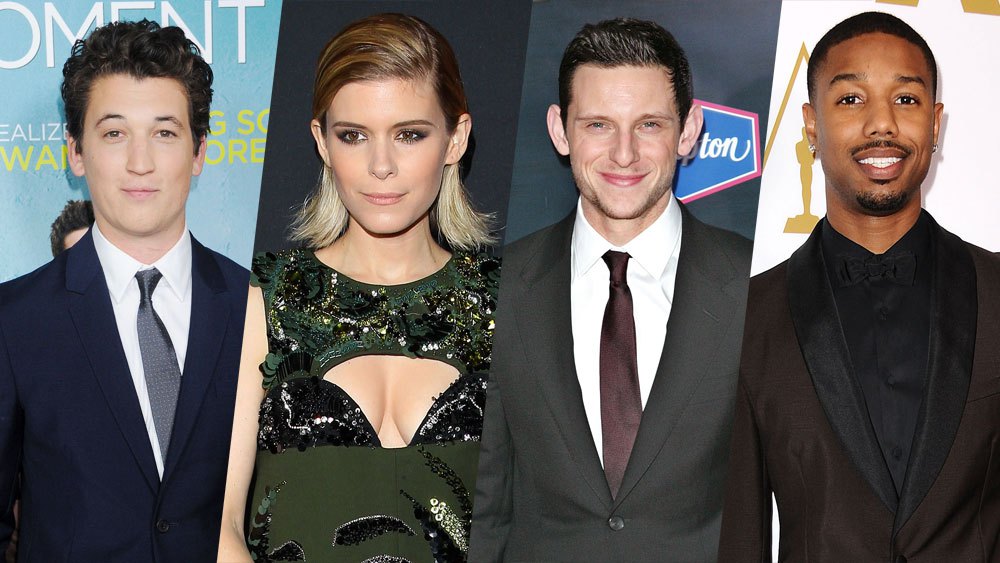 Empire Magazine has just announced the cast for the new upcoming Fantastic Four movie, which is set to be released in 2015 – but will it impress critics this time around?

It’s been almost ten years since Jessica Alba donned a catsuit and joined the likes of Chris Evans and co to make up the Fantastic Four – the wildly overhyped but disappointingly underwhelming Hollywood adaptation of the Marvel Comics classic. Granted, the ill-fated critical outcome of the first Fantastic Four had no effect on its scope for merchandising. Just a few examples include a range of Fantasic Four themed clothing you’ve probably spotted on the high street for a range of reputable brands (HMV included), a variety of childrens toys (yes including actual ‘Thing’ electronic hands) and even a range of inspired themed games; online gaming sites provided a Fantastic Four slots game while PS2 released two separate titles – The Fantastic Four and The Fantastic Four: The Rise of The Silver Surfer. Sadly, however, for all of Welshman Ioan Gruffudd’s noble attempts at an American accent and Michael Chiklis’ hours in the make up/CGI department, today’s cynical IMDB users gave the feature a measly 5.7 out of 10.

So what can be done to save the 2015 remake from the same fate? Luckily for director Josh Trank, he has a few tricks up his sleeve. While Jessica Alba’s background on Dark Angel may have made her the perfect candidate for the super heroine role, this time round, we have the lovely Kate Mara stepping into the shoes of Sue Storm. This is great news for two reasons – one, she’s already starred in Iron Man 2, so she’s more than savvy with the Marvel Comics franchise. Two – she’s already far more bad-ass than poor Jessica could have ever expected to be. Rather than starring in sickly sweet comedies like Never Been Kissed a-la-Jessica, fans of Kate will be used to seeing her rising from the dead in American Horror Story or starring in films in which the main protagonist lops off his own arm. Step forward, an altogether darker Invisible Woman, making for more enjoyable, less PG-13 viewing. Cast your mind back to the turn of the century when 14-year-old Jamie Bell was prancing around with Julie Walters in Billy Elliot. Well guess what – he’s grown up, and has now been cast as The Thing for the Fantastic Four remake. One could argue, given his obvious proven agility, that he may have been better suited to play super-stretchy Reed Richards, but Mr Trank has played an interesting card there handing over that particular role to Miles Teller. Known most recently for his role in the controversial Nymphomaniac, it will be intriguing to see how the English native Bell takes to this part. This is one that we can’t really fault the original for, but nonetheless, the Fantastic Four remake has the obvious advantage of ten years newer technology. Expect higher budgets, more high definition images and a lot more CGI – it certainly worked well for 2013’s Thor: The Dark World, another Marvel classic which scored a respectable 7.3 on IMDB.

With the critical acclaim of Avengers Assemble on its side, the newest installment in the Marvel Comics franchise has got luck on its side – we just hope first time Marvel director Josh Trank is up to the task.

One thought on “The return of the Fantastic Four”