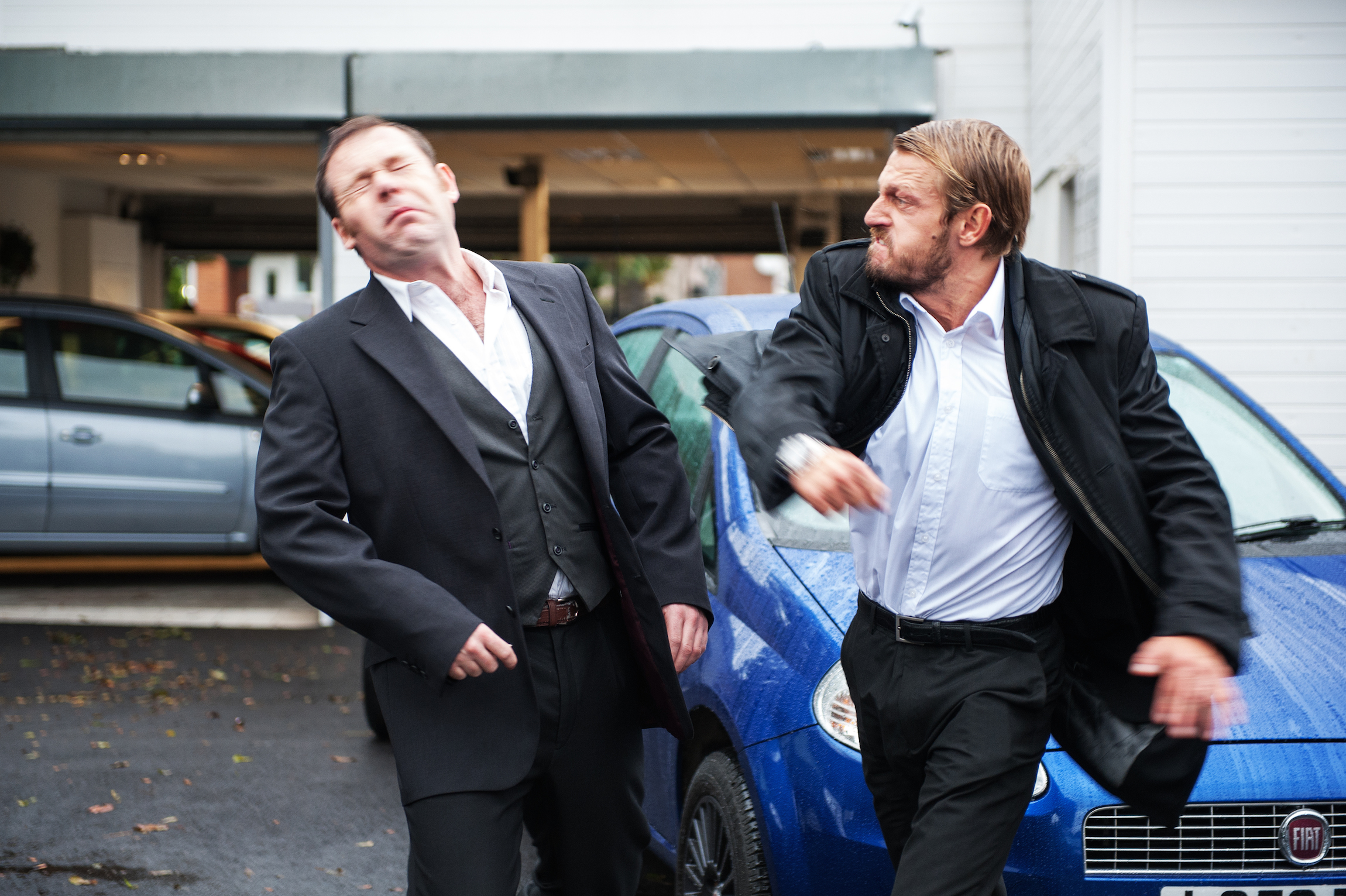 Synopsis: London bad boy Billy Evans gets in over his head when he joins a dangerous criminal gang.

“Consequences, some men choose to ignore them, some just can’t see it coming.  They are like karma, they are always there in the background, waiting in the shadows.  So is desire for revenge.” Those words  delve deep into the core of the movie. Top Dog lives up to it’s name in an ironic way. The movie is gritty, dark, yet full of emotion.  Writer Dougie Brimson put pen to paper and wrote the movie. He did outstanding work with the plot and characters, however, director Martin Kemp told the story visually.  Before reading further, it must be noted that Top Dog isn’t a movie that will appeal to everyone.  It’s fairly violent, dark, serious (there are some nicely placed moments for laughs), and gripping. We have seen movies similar to this one in the past. Lock, Stock and Two Smoking Barrels comes to mind.  It’s no secret that some British crime dramas follow a familiar genre story arc and plot. Top Dog emphasizes some of those past genre traits, such as featuring British football hooligans. What sets this movie apart from others is that it caters to the real human element..love and family. Protecting loved ones is what this film is truly about. The film is driven by Leo Gregory, who plays the soft spoken, yet dangerous Billy Evans. Evans is a simple man, stoic, short tempered, and somewhat surprisingly caring.  Billy constantly comes to blows with opposing gang leader Mickey, played by the very entertaining Ricci Harnett. If you never witnessed British football hooligan gangs, this movie will give you a crystal clear view of that world. Much different than your casual American sports fans.  These guys constantly are going at it, trying to mark their territories. Between every pint, you bet you will see some punches thrown. All that constant chaos makes you think, it’s probably the way these pubs make their money? Stakes are raised, Mickey and Billy attempt to put their foot on each others throats at every encounter. It gets out of hand when people start to die. That’s the point the movie swallows you up, and you can’t look away.

The visuals are simple. No fancy camera shots, no special effects, and the movie works perfectly fine without any of that. It’s clear that Kemp’s focus was on the story itself.  These people seem very real.  Watching this film, makes you think this stuff could be happening on a daily basis. The actors are the driving force of the movie, no question.  Gregory, Harnett deliver quality acting performances. Total pros. What shouldn’t be overlooked are the strong supporting performances that keep the story afloat. Vincent Regan delivers as the intimidating mob boss Watson. The female roles are very strong also.

An often overlooked aspect of a film is usually the music. One of the most noticeable technical aspects that stood out was the film’s background music. Simply it was spot on. Not often does the music that accompanies the story on the screen as seamlessly as it does in Top Dog. It stays side by side with the plot. There are numerous times where the music will also brace you for the upcoming scene. Overall, this movie will win you over if you give it a chance. I must admit the first 30 minutes I found it slow, and boring. It wasn’t until the story started clicking that the movie revs up to high gear. Don’t let the slow paced start fool you. Top Dog isn’t the most exciting movie and it’s not perfect by any means, but you could do much worse for a crime drama. The characters are rich with depth to them, the acting is really solid, and the story has a great moral to it. There were some surprises that pleasantly caught me off-guard towards the end.  When the end credits started rolling, my last thought was simply..damn! That’s a good reaction to have.

Revenge can be deathly entertaining