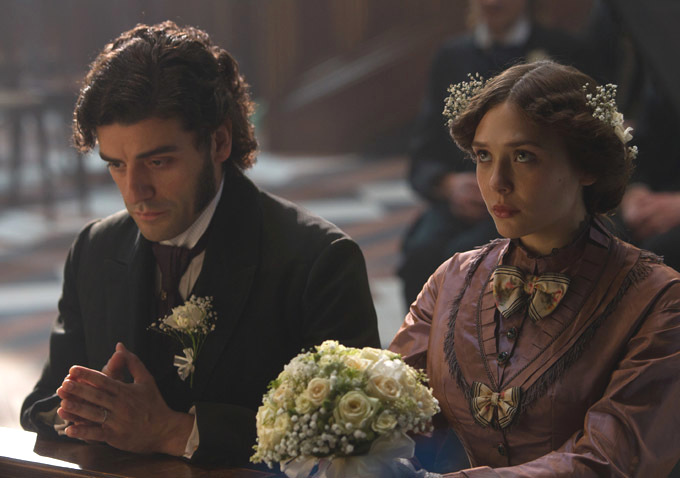 So, the Olsen Twins’ little sister is really coming up in the film world hey, and she’s a pretty good actress. Note…success of a non child-star. In Secret looks to be a pretty dramatic adulterous love-story, the kind you imagined to have happened quite frequently back in the old days when marrying your cousin was socially acceptable. Gross. Performances from Academy Award Winner Jessica Lange, hot-pick man of the moment Oscar Isaac, and Mr Draco Malfoy – otherwise known as Tom Felton, all look promising. Check out the trailer below:

Based on Émile Zola’s scandalous novel, Thérèse Raquin, IN SECRET is a tale of obsessive love, adultery and revenge set in the lower depths of 1860s Paris. Therese (Elizabeth Olsen of “Martha Marcy May Marlene”), a sexually repressed beautiful young woman, is trapped into a loveless marriage to her sickly cousin, Camille (Tom Felton of the “Harry Potter” franchise), by her domineering aunt, Madame Raquin (two-time Academy Award winner Jessica Lange). Therese spends her days confined behind the counter of a small shop and her evenings watching Madame play dominos with an eclectic group. After she meets her husband’s alluring childhood friend, Laurent (Oscar Isaac of “Inside Llewyn Davis”), she embarks on an illicit affair that leads to tragic consequences.