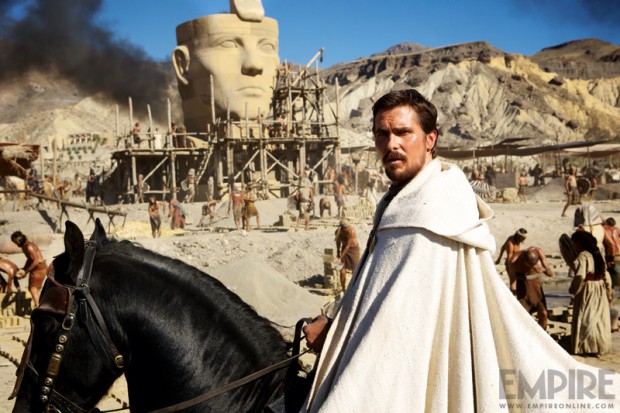 You know that I married Chrisitian Bale to Darren Aronofsky’s “Noah” project for so long that it’s a little jarring to see him appear in Ridley Scott’s Moses film. The first official image is making the rounds from some sort of feature in Empire magazine and I decided to share the image here with you guys to give it a once over: I can only imagine that Bale invested some serious time into preparation for the role of Noah and wanted none of that ish to go to waste and hopped on board this Ridley Scott feature. It’s a decent enough image mostly giving us insight that this is a larger scale film than Scott’s last outing, and Bale’s for that matter, and if the stars align properly this movie could be eye catching.

But who am I kidding. As far as ‘Moses’ films are concerned, this will never touch “The Prince of Egypt”.

2 thoughts on “First image of Christian Bale as Moses”