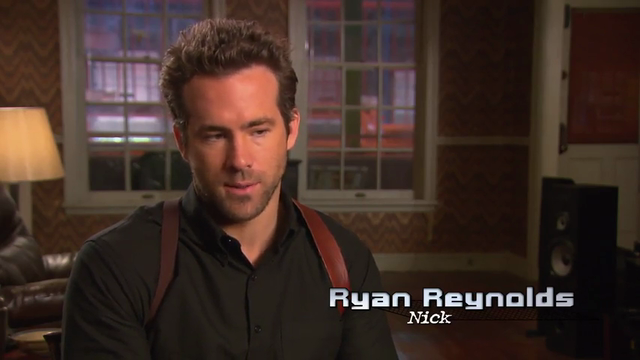 A recently slain cop joins a team of undead police officers working for the Rest in Peace Department and tries to find the man who murdered him.

Reynolds was also recently asked about the status of his supposedly upcoming Deadpool film that was announced a loooooong time ago, back before the Green Lantern movie was even released. Heck, there were even debates as to whether Reynolds would work on Green Lantern, R.I.P.D., or Deadpool based on the order of their announcements. Anyway, all BS aside, Reynolds was asked what the deal is with that film:

The character knows he’s a comic-book character, he knows he’s in a film, he knows who the executives are at the studio making the movie. In the current iteration of the script, Deadpool is aware of the Wolverine movie. He doesn’t say anything disparaging about it but he does at one point play with the Deadpool action figure with some curiosity.”

I think that the studios have decided to focus their efforts on the films that have a higher probability to sequelize than our favorite merc with a mouth (Fantastic Four, X-Men and Wolverine, etc.). I “get” it, doesn’t mean I have to like it. That’s all for now…