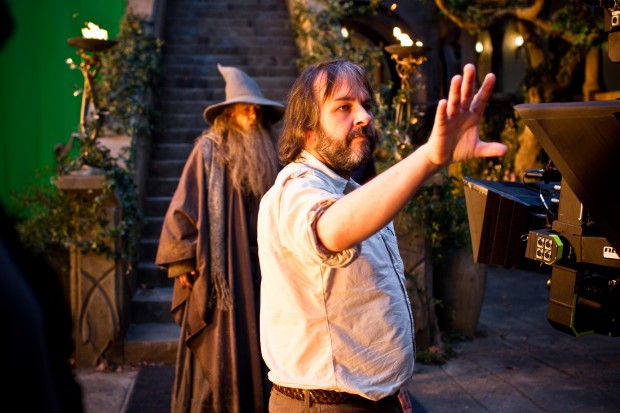 I haven’t had a chance to watch this in its entirety but there’s a new 13 minute TV special circulating the web along with some choice statements from director Peter Jackson defending his decision to film The Hobbit in HFR 48fps. Very surprised by that last bit but here’s the 13 minute video and we’ll get to the other stuff after:

I’m fascinated by reactions. I’m tending to see that anyone under the age of 20 or so doesn’t really care and thinks it looks cool. I think 3D at 24 frames is interesting, but it’s the 48 that actually allows 3D to almost achieve the potential that it can achieve because it’s less eye strain and you have a sharper picture.”

“Warner Bros were very supportive. They just wanted us to prove that the 24 frame version would look normal, which it does, but once they were happy with that, on first day, when we had to press that button that said ’48 frames’ even though on that first day we started shooting at 48 FPS, you could probably say there wasn’t a single cinema in the world that would project the movie in that format. It was a big leap of faith.”

“The big thing to realize is that it’s not an attempt to change the film industry. It’s another choice. The projectors that can run at 48 frames can run at 24 frames – it doesn’t have to be one thing or another. You can shoot a movie at 24 frames and have sequences at 48 or 60 frames within the body of the film.”

“You can still do all the shutter-angle and strobing effects. It doesn’t necessarily change how films are going to be made. It’s just another choice that filmmakers have got and for me, it gives that sense of reality that I love in cinema.”

I want to see it first hand. I almost with they had kiosks set up in malls or electronic stores that allowed me to sample 3D video at this frame rate. Part of me already thinks that they do as a lot of videogames operate upwards of 60 fps, in 3d no less. We’ll see what the reaction is when it finally hits theaters which is about a week away.