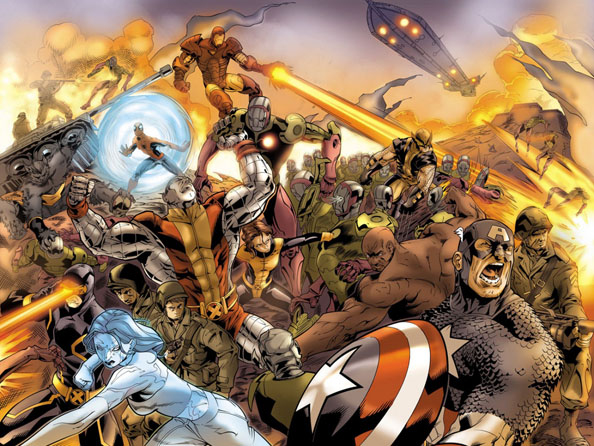 I think it can be said with confidence that “The Avengers” is the reigning Marvel movie champion, but when you’re at the top, the only place to go is down. With a movie so monumental, what future film could be a worthy challenge? How about an Avengers and X-men crossover? That’s what X-Men producer Lauren Shuler Donner would hope to see.

I would love it. I would love it. I personally have close ties to Marvel because of Kevin Feige, because Kevin worked for me. But to take our characters and mingle them in the way that they were written, yeah, absolutely.

I admit I would love to see it happen but just because the producer is on board, it doesn’t mean it’s a more significant possibility it will happen. They have the studios to deal with, the actors, directors, etc. Also by the time this “could” actually happen, many of the actors will have aged quite a bit, so we won’t have the familiar faces we’re used to. I would love to see the Marvel Universe expand like it did in the comics but “The Avengers” was a film that was established by individual Marvel character films. To crossover another super team into their world would take a lot of planning for it to maintain the credibility of the film’s predecessors. I would hope to see it someday but not without proper planning.