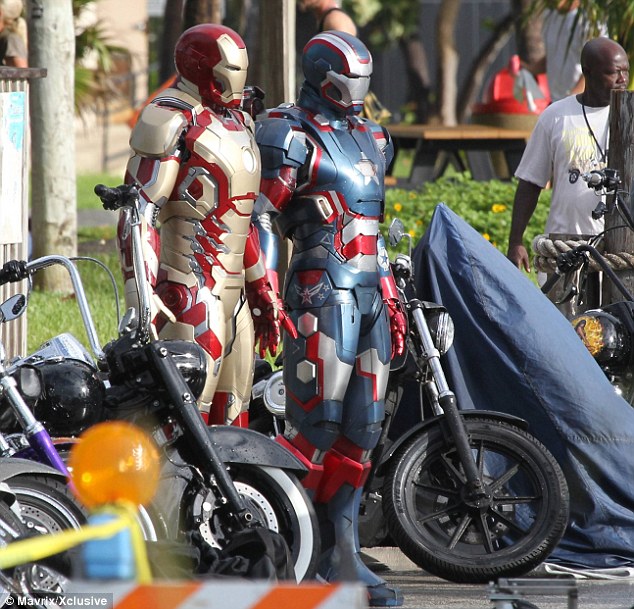 A few new shots of the starring atttractions for the new Iron Man film have just been discovered and these give us a great look at both of the primary armor’s used in the film. These shots are a lot less blurry than previous looks at the costumes but come with one caveat: There’s nobody in ’em.

Ok, I can finally admit that in these shots those armor’s look particularly gaudy. The combination of contrasting colors is borderline seizure-inducing but I won’t judge an armor by it’s prop. No, no, no instead I’ll judge an armor by the amount of sh*t it can blow up.