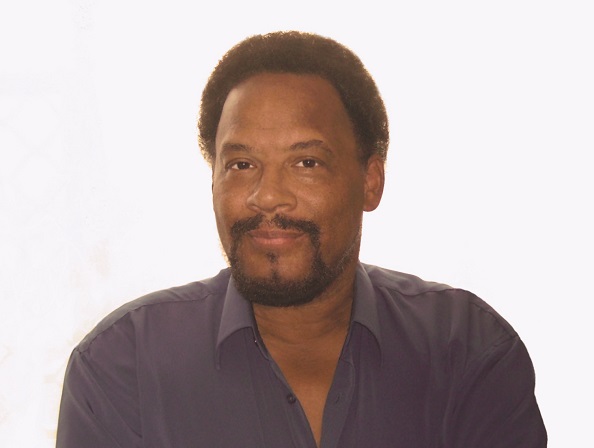 Earlier this year we had the privilege of interviewing Concept and Storyboard Artist/Writer David Russell who has had a very successful career in the film industry. After speaking about his work on a variety of films and giving us some very exclusive concept art for “Star Wars: Return of the Jedi” and “Batman,” we gave David an open invitation to come back and talk about any of his latest projects. His latest project is a fantasy novel titled, “Enchanters: Glys of Myradelle” and we had the privilege of hearing David’s inspiration for the book and perspectives as an artist.

David, it’s been some time since we last spoke. When we left off you said in addition to
your other projects, you were working on a book that was recently published, would you like
to tell us a little bit about that?

The novel is Enchanters: Glys of Myradelle, a contemporary fantasy adventure.
Originally published in paperback form in 2006, it was released as an ebook in Dec 2011.The
story revolves around the dilemma of a young American woman who, during a family trip
to Norway, discovers that she is not human. The revelation propels her upon a series of
frightening adventures before she attains Myradelle, and discovers her true path in life.
Thereafter, in company with another of her kind, Glys must venture back into the now-
dangerous human world, populated by dire creatures known as Changelings, and finally into
the dank Underworld, where her fate–and that of the world at large–will finally be revealed.
Along with its driving fantasy narrative, the book also deals squarely with contemporary
political and social issues, and in this regard is quite firmly anchored in the real world.

From inception to completion, how long would you say you’ve been working on this
book?

The original concept was developed in 1992 as a short story, then a screenplay. Other
projects intervened, and I didn’t return to this property until 2004. The novel was completed
two years later.

You’ve worked with George Lucas in the past on “Star Wars Return of the Jedi”
and “Red Tails.” There has been some news floating around that Lucas is working on a CGI
musical about fairies, is there any relation there or possibly any inspiration that you have
drawn from one another?

George is indeed busy working on his fairy musical. I’ve likewise wondered if there is a
connection between this property and my own. I worked on Red Tails in 2008; in Christmas
of that year, I gifted a copy of Enchanters (a novel about fairies) to George Lucas, Lucasfilm
producer Rick McCallum and his associate, Kathryn Ramos. Presumably the books were
read by the recipients, although I have no confirmation of this. Enchanters is very dynamic,
filmic story, replete with drama, unique characters, and powerful internal conflicts. I’ve read
that George was partly inspired by Avatar to initiate his current 3D animated production, and
I await this film with great interest. It would be quite a thrill if elements of my own novel
were reflected in the narrative, but this is unlikely.

The concept of the story is obviously outside of real life, but were there any areas or
themes within your book that you based on real life experiences, or would you say everything
springs purely from your imagination?

Since childhood I’ve been fascinated by the intersection of fantasy and reality. I grew
up in a period when this theme was being actively explored in the popular media, including
the revered works of the late Jack Kirby. I was later drawn to fantasy literature in which the
human content, not the fantastical elements, formed the narrative plank of the stories. Thus I
found great stimulation in the works of Ursula K. Le Guin, Ray Bradbury, Jack Vance Fritz
Leiber and others. Additionally, I’ve always taken an active interest in politics and social
evolution; being a child of the 1960’s made this almost a birthright.
Eventually, as I began to develop the Enchanters project, I was certain that the narrative must be based in a certain amount of the reality. Glys, an environmental activist, proved to be ideal persona to drive the narrative. Heroic, sensitive, and already highly-attuned to the natural world, she receives an exponential boost in this ability: a disturbing event that requires her to master her new abilities or die. Having achieved this, she then must deal with the newly-revealed world that now demands her participation: a realm of both beatific and grisly beings, the latter vying for power with no concern whatsoever for the humans in their path. Perhaps these story points delineate an intensified version of my own feelings about the human race, and the vast challenges we face today; certainly many of our current political leaders—and I use the term loosely—display notably anti-humanitarian characteristics, often to dreadful extremes.
The story is largely set in Norway, a lightly-populated country with more untamed wilderness than any other European nation. Conventional knowledge and cognizance of the spirit world are part and parcel of the culture; this is, after all, the land of Thor, Odin, Freya, Loki, trolls, elves, and other beings both fair and foul. Part of my own heritage stems from Norway. I made several research journeys to the country during the germination of Enchanters. I’ve wandered the old lanes of Bergen, climbed the surrounding hills, visited breathtakingly- deep fjords, ambled through quiet, magnificent forests which seemed to shroud a hundred mysteries. I wove as much of this texture into the narrative as possible, including my life-long fascination for ancient Norse mythology. Mythology? Well, such beliefs were irrefutable truths to our ancestors, much the tenets of contemporary Christianity, Islam, etc seem real to their adherents.

How did you choose this genre?

In my mind, the fantasy genre allows wonderful scope for the flow of imagination—more
so, I think, than its allied genre of science fiction. It generally postulates positive change, and
is focused on vibrant, ethical heroes who, if handled correctly, can stand as cross-cultural role
models, exemplifying all that is best in humanity. Unfortunately, due in part to the sometimes
pernicious influence of Hollywood, fantasy is now routinely confused (or inappropriately
intermixed) with horror. While fantasy narratives often contain horrific elements, the genres
are in fact quite distinct. In horror, humans generally barely survive the attacking forces,
and almost never gain enough power to obliterate it completely; functionally, they tend to
serve as easy prey for murderous entities of many sorts. Enthusiasts of the genre actually find
the systematic killing of human victims a primary source of entertainment in such stories.
Horror is, therefore, a defeatist genre, suitable for morbidly inclined, marginal personalities,
latent or practising sadists, misogynists, persons traumatised by the dehumanising precepts of
organised religion, and other, even more degraded groups and individuals.

What was your favorite chapter (or part) to write and why?

Developing Glys’ journey toward self awareness was an inspiring challenge. I’m also
pleased with the Underworld segments toward the end of the novel.

How did you come up with the title?

It seemed a natural choice for the book.

Did you work with an outline, or just write?

I began with an extensive outline. I approach the craft of writing from a very workman-
like point of view, which I absorbed from my dear friends and fellow authors Fritz Leiber and
Jack Vance.

Did you ever experience writer’s block?

No, although some passages were more difficult to envision than others.

If you had to go back and do it all over, is there any aspect of your novel or getting it
published that you would change?

You’re obviously a person of many talents; would you say you prefer working as a
storyboard artist or a riter? Why?

I’ve been pairing visuals with the written word since I began the artist’s journey. I’ve
achieved certain mastery in the art of visual storytelling, and I’m working very hard to reach
a higher plateau as a novelist.

What would you say was the toughest criticism given to you as an Author or a
Storyboard Artist? What was the best compliment?

In both disciplines, it’s satisfying when the intended audience responds with almost
visceral intensity to your work. I’ve managed to evoke such feelings in several of my film
productions, and numerous readers have found Enchanters to be a entertaining novel.

Do you have any advice you’d like to give other writers or artists?

Develop a thick skin; the earlier, the better. Contrary to popular belief, Western society
is not particularly supportive of the arts, or the individual artist. We are currently living in a
new dark age, with minds closing up like drawn shutters against the great challenges of the
day. One of the functions of art is to widen the doors of perception, to teach people not only
to see differently, but also to feel and act. By this measure, the artist automatically becomes a
person of suspicion in a closed society. Nevertheless, technology (often devised by creatives
themselves) has given artists powerful new tools, which are shaping the aesthetics of the future. I would advise all emerging artist to master the techniques of their chosen discipline before engaging upon ambitious projects, and to remember that the arts support and nurture our common humanity, and should never be a vehicle for its degradation. Indeed, cynicism and morbidity–often mistaken as legitimate creative impulses—in fact represent the dead-end of artistic evolution.

Is there anything you would like to say to the readers or fans?

You can see more on “Enchanters: Glys of Myradelle” at http://www.enchantersbook.com/index.php and below is the associated media.