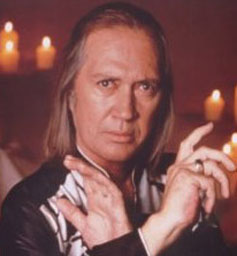 It appears that the legendary David Carradine will make a nostalgic cameo in the upcoming Death Race film. We get word of this from Paul W.S. Anderson himself, thanks to an interview he had with our friends at MTV:

“I wanted to tip my hat to the original, but also wouldn’t want it to become a cheesy cameo-fest. There’s obviously been, ‘Oh, where’s the David Carradine cameo?’ It’s there, and I think it’s a nice thing for fans. In fact, I had a conversation with David about the movie this morning.”

I agree with Anderson that cameos can get pretty cheesy. I don’t care for them usually, but having David Carradine in the film is pretty much mandatory. The dude rocked ass in Kill Bill and I hope to see more of him in upcoming projects. It will also be kick ass to see him in this cult universe once again.

International friends – do you think having a Carradine appearance is wise, or would the film be better without a nod to the past?