Ok, now for the Hulk, I think they nailed it. Very classic look of the character and I think that’s going to score well with a lot of the people who didn’t like the look of the Hulk in he last incarnation (the Ang Lee film that so many people, except me, hated). 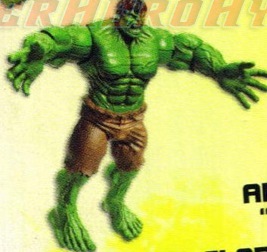 But Abomination… who is the film is supposed to be even a little stronger than The Hulk… looks WICKED! I love it! I don’t want to get too hyped up, because it is just a toy, and I do want to see it on screen… but in principle the design of the character is fantastic. Nightmarish, yet tangible. Holding a giant pipe in his hand for good measure is top notch too! 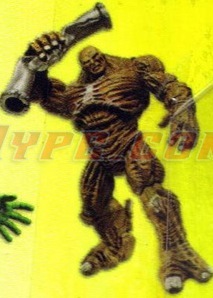 I can’t wait for this movie. I think Hulk will end up being the surprise film of the summer.

50 thoughts on “Hulk and Abomination Pictures”