As a woman, I notice that some of the Hollywood ‘sex pots’ are not the greatest of actresses. Let’s take Jessica Alba for example. She is most men’s’ dream girl. She was also pretty good in those 15 minutes she was in ‘Sin City.’ (That scene where she was getting whipped by the yellow bastard was actually a very good scene.) However, I should not be able to just pick out ONE scene from a movie I liked from an A-list actress.

This actress has had 4-5 movies come out since last year, and they were all sh*t. Why is she getting first billing in movies now? Yes, she is beautiful, but there are actually beautiful actresses out there that CAN act and deserve the spotlight as well.

I know I do a lot of ‘forgotten hottie’ posts for women, and sometimes the guys feel left out. So here is a list of ‘forgotten hottie’ and beautiful up and coming actresses (from a ‘strictly dickly’ woman’s perspective) that I feel should be getting the same acting opportunities that the “Jessica Albas” and the “Megan Foxes” in the world get. 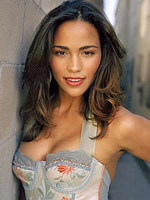 Paula Patton-Honestly, this woman is someone I would NEVER want to stand next to. (She would probably make me instantly look like Quasimodo if she did so.) Paula is an up and coming actress who is actually married to one of my fave R&B singers, Robin Thicke. (Son of ‘Growing Pains’ Alan Thicke) You might know her as the girl Will Smith picks up at a bar in ‘Hitch’ with the best pick up line ever. You also might know her from ‘Idlewild’ or even from ‘Déjà vu.’ You can also catch this stunning actress in the upcoming horror movie ‘Mirrors’ which also stars Kiefer Sutherland. 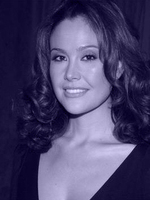 Reiko Aylesworth-If you know this woman, you probably know her by a different name: Michelle Dessler. When her character on ‘24’ was killed off, I was shocked but I knew that she probably left to pursue a film career. She had a small role in last year’s ‘Mr.Brooks’ as the money hungry lawyer that gets her comeuppances, and from what I hear, she also kicked ass in ‘AVP2.’ (Something I’m just going to have to take my guy friends’ word on, because I don’t want to waste any time watching that useless sequel.) Hopefully, she gets a role that she deserves! 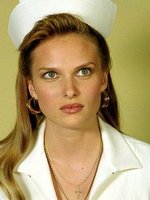 Vinessa Shaw– I’m always surprised of how this actress’ film career never catapulted to a level of superstardom. She has been involved in some high profile films which include Stanley Kubrick’s ‘Eyes Wide Shut,’ ‘3:10 to Yuma,’ and the horror remake ‘The Hills Have Eyes.’ She has gone a long way from ‘Ladybugs,’ yet not as far as I thought she would be. 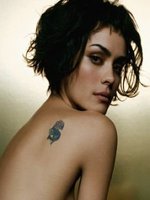 Shannyn Sossamon-When I saw this actress in ’40 Days and 40 Nights,’ I thought she would go far, just for her striking looks. She managed to get more attention when she starred as the late Heath Ledger’s love interest twice in ‘A Knight’s Tale’ and ‘The Order.’ Since ‘Rules of Attraction’ I have only seen her in small roles in big Hollywood movies or sh*tty direct to DVD horror films. Last month, Shannyn headlined in the atrocious ‘One Missed Call’ remake. Hopefully, her agent can pick out better projects for this actress this year. (*Crossing fingers)

Navi Rawat-Navi has become one of those actresses that you see EVERYWHERE on television, yet most still don’t know her name. She has appeared on popular television shows like ‘Angel, ‘The O.C,’ and ‘Numbers’ and has also been transitioning to film. She has appeared in ‘House of Sand and Fog’ and the horror film, ‘Feast.’ She will be reprising her role as ‘the heroine’ in ‘Feast 2: Sloppy Seconds.’ (Although I’m actually stoked to see another sequel to this VERY guilty pleasure of mine, I hope that Navi gets more serious film work soon. :P)

Brooke Langton-You may not know her name, but you know her. You know her as either the girl running away from the CGI crocodile in last year’s Primeval, the cheerleader who won Keanu’s affection in ‘The Replacements,’ OR you know her as the girl who told Jon Favreau to never call her again after he left 7 messages on her machine in less than 5 minutes in ‘Swingers.’ (I know her from her stint on ‘Melrose Place.’) Hopefully, Brooke can do a project that will hopefully make people remember her name, rather than being referred to as ‘the girl in….’ 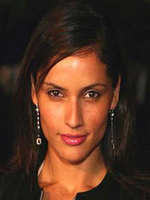 Leonor Varela– I know what you guys are thinking….who the f*ck is that? Leonor is an actress who I had first seen in ‘Blade 2’ as Nyssa. After that film, and some Maxim magazine covers later, I thought she would have been the next Angelina Jolie. However, she spiraled into film obscurity after ‘Texas Rangers’ went straight to DVD. You can catch Leonor in next month’s vigilante film, ‘Hell Ride.’ 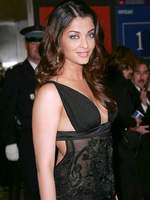 Aishwarya Rai– Many may not know how to say her name, but almost all of you should know her face. She’s honestly one of the most gorgeous women alive, and although she is probably one of Bollywood’s biggest stars, she has not been so lucky here in America. If she strays away from the Hollywood meets Bollywood films, I’m sure she will shoot to superstardom here.

So what are YOUR choices for actresses that deserve more attention?