I’m a big fan of the first Hellboy movie and I’m also a big fan of Empire Magaize… so I was pretty giddy to see this latest cover: 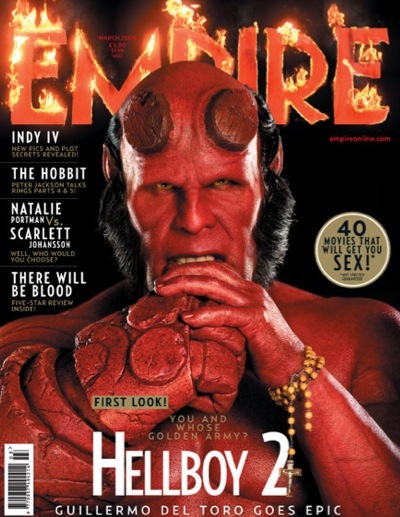 Guillermo del Toro is rapidly becoming one of my absolute favorite directors. He’s got that Steven Spielberg quality to him that allows him to excell in just about any genre he puts his hands to. From Blade 2, to Hellboy, to Pan’s Labyrinth… and now he’s confirmed to do The Hobbit films… the dude is making one hell of a resume for himslef!