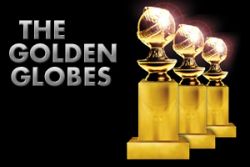 Majority of people would say ‘The Academy Awards ceremony’ is the most prestigious and anticipated award show every year. However, is it still the most important?

I have to admit, I have never taken ‘The Golden Globes’ awards seriously. (Any award ceremony which puts musicals and comedies together in the same category will always make me question their validity.)  I have always considered it to be a second-rate pre-show to the Oscars. (I know I’m not alone when I make that statement.) However, I’ve never really taken notice of how much the Golden Globes help actors and actresses get noticed for their performances and how they actually help increase the box office success of movies that win awards at the Golden Globes.

This year’s no frills press conference was responsible for a victorious box office increase for Golden Globe winners, ‘There Will Be Blood,’ ‘Atonement,’ and ‘Sweeney Todd.’

Variety gives us these details:

Focus Features distribution prexy Jack Foley said ticket sales for “Atonement” (best drama pic) jumped 18% on Monday, Jan. 14, and stayed up by 11%-12% for the rest of the week.
Paramount Vantage’s “There Will Be Blood,” featuring a Globe-winning perf by Daniel Day-Lewis, also saw nice gains.

Over the Martin Luther King Jr. holiday weekend, the pic expanded from 129 to 389 locations and grossed an estimated $3.5 million over the four days for a cume of $8.9 million in the film’s fourth week.
“Sweeney Todd” (winner of best musical/comedy pic) had been holding at 1,249 theaters. On Friday, it expanded into 1,507 theaters, grossing $3.3 million for a cume of $48.7 million. Pic placed No. 13 for the frame.

The Golden Globes may not be the most anticipated show, but it is the show that creates the buzz, shines the spotlight, and increases the sales on films, filmmakers, and actors before the Academy awards even releases their nominations. (Which reminds me the nominations were released today)

The numbers from box office of the Golden Globe winners this year alone shows that ‘The Globes’ are not as “second-rate” as I once thought.(Also keep in mind, these numbers are because of the press conference. The numbers could have been a lot larger if there were actually a traditional ceremony.) In fact, one could say that ‘The Golden Globes’ may be the catalyst for the Academy Awards’ yearly success.

However, that’s just me.  What are your thoughts on this subject? Do you think the Golden Globes are as significant as the Academy Awards?