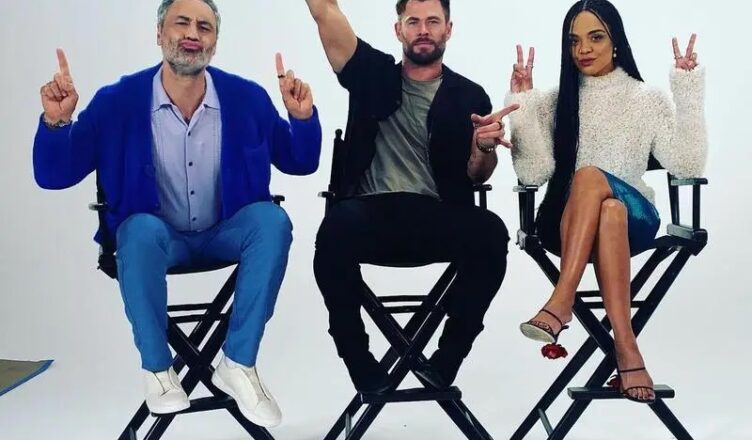 Marvel’s ‘Thor: Love and Thunder‘ is releasing later this year and is building a lot of excitement. Thor 4 Promotion will begin soon and at this point, fans are beyond anxious for updates about the movie. We have a few merchandise leaks that help satisfy a bit of what fans are looking for with more Thor 4 promotion. Now we’re finally seeing signs that promotion is set to begin for Thor: Love and Thunder! Check out the new social media post that shows Chris Hemsworth, Tessa Thompson, and Taika Waititi:

That’s all I have for this one. I’ll check with you guys later.

Thor: Love and Thunder is an upcoming American superhero film based on the Marvel Comics character Thor, produced by Marvel Studios and distributed by Walt Disney Studios Motion Pictures. It is intended to be the direct sequel to Thor: Ragnarok and the 29th film in the Marvel Cinematic Universe.