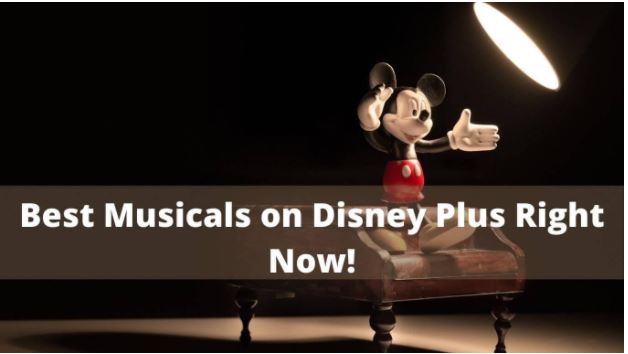 Disney musicals are a great way to escape the stress of the world and enjoy some heartwarming and family-friendly entertainment. Consider yourself lucky if you live in a home that has Disney+ bundle with Hulu and ESPN+. So, when the dad’s are done with their sports, you can always sit down and browse through a feel-good story or some beautiful music of a Disney musical. The music and dancing are sure to put a smile on your face, and the stories are sure to leave you feeling warm and fuzzy inside.

Here’s a rundown on some of the best Disney feel good musicals that you don’t want to miss!

Disney’s Frozen is a musical about two sisters, Elsa and Anna, who have to deal with the aftermath of their parents’ death. Elsa has to learn to control her powers and Anna has to find her way to her sister. Their journey teaches them valuable lessons, and the two manage to rekindle their bond. The film features an Oscar-winning song “Let it go” that took the world by storm.

This movie is full of powerful and emotional songs. “Let it go” may be the most popular, but there are many others that will leave you just as touched. Some of the other great songs in Frozen include “For the First Time in Forever,” “Love is an Open Door,” and “Do You Want to Build a Snowman?”

Beauty and the Beast

Beauty and the Beast is another feel-good musical that has been a huge success. The story follows Belle, who is taken prisoner by a Beast in his castle. She eventually learns to see past his exterior and falls in love with him. The film features classic songs like “Be Our Guest,” “Something There,” and “Belle.”

This movie is perfect for anyone who loves a good love story. The music is beautiful and will leave you feeling happy and nostalgic.

Tangled is another amazing Disney musical with great songs and a powerful story. The film follows Rapunzel, who has been locked in a tower by her mother for her whole life. When she finally escapes, she embarks on an adventure with Flynn Rider. The two of them learn about each other and themselves as they journey to get back to Rapunzel’s home.

The songs in Tangled are incredibly moving, and the story is full of twists and turns. You’ll be hooked from beginning to end. Some of the best songs in the movie include “When Will My Life Begin,” “I’ve Got a Dream,” and “Mother Knows Best.”

Aladdin is one of the most iconic and evergreen Disney musicals. The story follows Aladdin, a street urchin who finds a magic lamp with a genie inside. He uses the genie’s powers to win the heart of the beautiful Jasmine. The film features classic songs like “A Whole New World,” “Prince Ali,” “One Jump Ahead,” “Friend Like Me,” and lastly, “Arabian Nights.”

Aladdin is a timeless classic that will never get old. The music is catchy and upbeat, and the story is full of adventure and romance.

This Disney musical features an amazing and powerful female protagonist. Moana is a young girl who is chosen by the ocean to return to the heart of Te Fiti. She sets off on an incredible journey to complete her task, with the help of Maui. The film is full of beautiful songs, like “How Far I’ll Go” and “We Know the Way.”

Moana is an empowering story that will leave you feeling inspired. The music is incredibly moving, and you’ll be singing along to the songs in no time.

The songs of The Lion King are still as fresh as they were when the movie was initially released. They are so powerful and moving that they will stay with you long after you finish watching the movie. Some of the best songs in the movie include “Circle of Life,” “Hakuna Matata,” and “I Just Can’t Wait to be King.”

The Lion King has everything that you could want in a musical. It’s powerful, it’s emotional, and the music will leave you singing for days.

This movie follows the story of a young girl who is taken to the enchanted world of Encanto. There, she meets different creatures who help her find her way back home. The film is full of beautiful songs, like “I Believe,” “The Journey Home,” and “You Are Not Alone.”

Encanto is a magical movie that will take you on a journey to a world of enchantment. The music of Encanto is beautiful and moving, and it will stay with you long after you finish watching the movie.

All of these Disney movies are amazing musicals that are worth watching. If you are one of those people who have been binge-watching Disney+ shows, we will definitely suggest you not to miss these Disney musicals as they are equally full of beautiful music and powerful stories. They are perfect for anyone who wants to feel happy and nostalgic.

The songs of the Disney musicals not only have the best lyrics, they will make you laugh, cry, sing along, and fall in love. They are timeless classics that everyone needs to watch at least once in their life.