Hollywood has been around long enough that some of its stars are the second or even third generation in their family in acting. So if you see any photos of someone familiar, those might not just be restored – they could well be just someone who looks a lot like their famous mom or dad. Here are ten celebrities you might mistake for their parents! 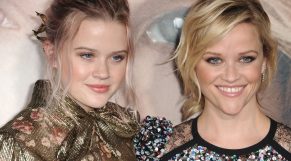 They look so much alike to the point where Reese gets mistaken for Ava a lot! Which, according to Reese, makes her feel young again. Ava’s still in college and hasn’t gone into film, but who needs that when we have her Instagram? She posts all kinds of pictures, from her family to her dog to her art. Plus, anything that she and her mother do together warms the heart. 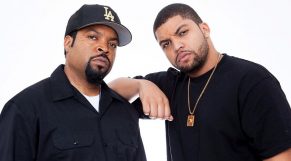 How many actors can say they’ve played their father in a movie about him? O’Shea Jackson Jr did in Straight Outta Compton (2015). O’Shea Jr has done music under the name OMG, but all of his recent projects have been focused on acting, both in film and television. He’s more versatile than you’d expect! Watch him in Ingrid Goes West (2017), Den of Thieves (2018), or Swagger (Apple TV+) to see what he can do. 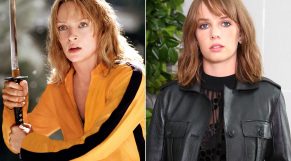 No, we haven’t accidentally put in two pictures of Uma Thurman. But it’s telling that the only difference is the freckles. From in front, Maya looks like her mother, but her profile is a lot more reminiscent of her father, Ethan Hawke. Maya has already landed a few good TV and film roles since 2017. But don’t forget to catch her music as well! 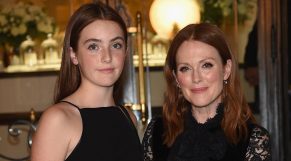 Hard to tell the difference, isn’t it? Young Liv has just turned 19 this year and is attending Northwestern University, but you may already have seen or heard her. Three-year-old Liv played her mother’s on-screen daughter in Trust the Man (2005) and had a tiny part in The Rebound (2009). She also lent her voice to the apps of her mother’s Freckleface Strawberry children’s books, voicing the character they’re named for. 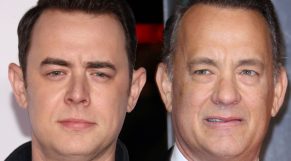 Sometimes offspring inherit more than just appearance, they inherit comedy sense as well. But for all of Colin Hanks’ tweets on his father’s birthday, there’s no denying the resemblance between him and Tom Hanks. Colin has a solid career in TV and film behind him. Nothing quite like his father (who can match Tom Hanks himself?) but certainly nothing to sneeze at. 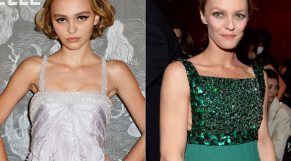 She might be Johnny Depp’s daughter, but looks-wise, she gets it from her mama. Lily-Rose has had eleven film roles so far and has one more coming up this year in Wolf. She’ll also be making a television debut on The Idol this year. She might be young, but Lily-Rose is definitely living up to her Cesar Awards for Most Promising Actress. 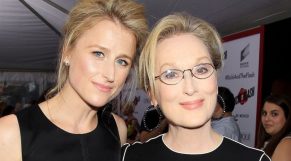 The saying ‘like mother, like daughter’ definitely applies to Mamie and Meryl. Not only do they look alike, but they’ve also got solid careers in acting. It’s tough living up to your own mother’s achievements, but Mamie has carved out a niche of her own in both TV and film. 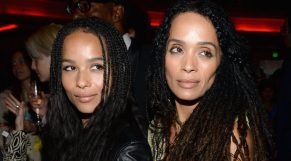 It’s one thing to play your parent in a film, and it’s another thing to star in a remake of a film your parent did. Zoe and Lisa have been playing off their twin-like appearance for quite a while. They’ve even deliberately shown up with coordinated looks! Zoe is playing Catwoman in next year’s Batman reboot, so keep your eyes peeled for when it comes out. 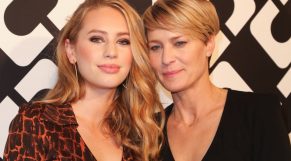 Even though she (literally!) has her mother’s looks, Dylan didn’t want to go into acting at first. She was even reluctant to act alongside her father Sean Penn until Robin told Dylan that one of her best experiences was working with him as a director. That led to father and daughter taking the lead roles in this year’s Flag Day. She might take to show business yet! 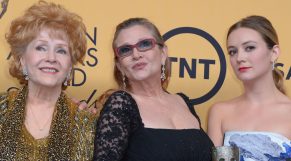 How many families can claim to have three generations in Hollywood while still looking like each other? While Debbie and Carrie are no longer with us, Carrie’s daughter Billie is also acting. While she’s largely been a fixture of American Horror Story, she’s also worn her mother’s Leia buns on screen.

Strong family resemblances can happen anywhere, even in Hollywood. If a star has a parent that they look a lot like, then rejoice! Their iconic look passes to a new generation, and you can be charmed anew.