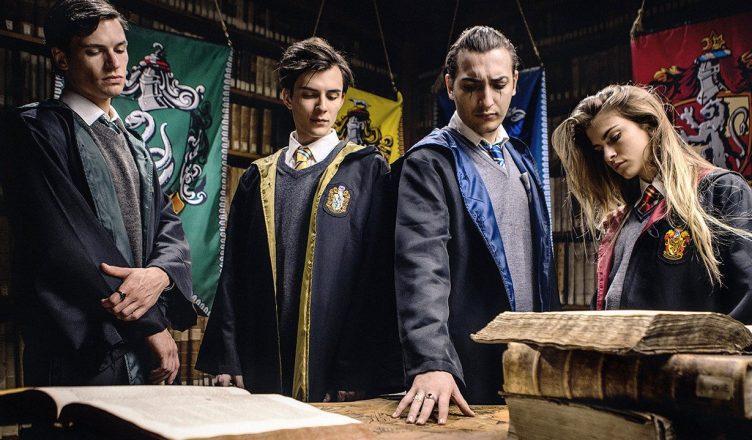 Almost everyone is familiar with the magically wondrous world of Harry Potter. While J.K. Rowling’s books need no introduction of their own, there are lots of fan-made films available online which are yet to gain the recognition they deserve.

Fan films are the movie equivalent of fan-fictions. These films are not associated with J.K. Rowling or Warner Bros., but are rather made by the fans for the fans.

Here is the list of my favourite Harry Potter fan films-

Neville Longbottom and The Black Witch

Bellatrix Lestrange will stop at nothing until she finds the Dark Lord… While the tragic bravery of Harry Potter’s family is widely known throughout the Wizarding World, there is another story of the same such courage that remains untold. Until now. Neville Longbottom and The Black Witch is the story of the Longbottom’s confrontation with Voldemort’s most devoted servant: Bellatrix Lestrange.

The story of Alice and Frank Longbottom is extremely devastating, and this beautiful film shows the exact event that took place between them and the Death Eaters. This film is made with precise direction and acting. Special mention to actress Kathryn Baker for her portrayal of Bellatrix Lestrange.

Before the Order. Before the prophecy. Before Harry. Moony, Wormtail, Padfoot and Prongs are proud to present (and star in)… MISCHIEF MANAGED, a short film about Lily, Snape and the Marauders, set on Valentine’s Day 1978, during their 7th year at Hogwarts.

The film was created by a team of Oxford students and shot on location at the University of Oxford. The location definitely plays an important role in this one. The perfect setting, dialogues and actors made me forget that it was a fan film rather than an official one. This film was a much-needed portrayal of life of The Marauders.
PS: Don’t forget to watch the post credits scene.

Severus Snape and the Marauders

Set in 1978 just after Harry Potter’s father James graduates from Hogwarts, he and his friends Sirius Black, Remus Lupin and Peter Pettigrew celebrate at a bar, contemplating their place in a war they are to soon become a part of. When Severus Snape enters the same bar, knowing the part he might play in the war, James Potter decides to do something about Snape once and for all.

Another film centred around The Marauders, however, it is very different from the previous one. This film is mainly focused on the rivalry of James Potter and Severus Snape, and throws light on the factors that led Snape to the dark side. The actors portrayed each character perfectly.

Bellatrix Lestrange, Andromeda Tonks and Narcissa Malfoy are the three sisters of the most noble and ancient house of Black. A wizarding war is on the brink and now, the sister’s choices will soon decide their ultimate fates.

This film focuses on the lesser known relationship of Bellatrix Lestrange with her sisters, Narcissa and Andromeda. It shows how the three sisters slowly drifted apart as Bellatrix grew more obsessed with power and dark magic. I absolutely loved the dynamic of their relationship with each other. Kelsey Ellison, who is the writer and producer of the film, portrayed the character of young Bellatrix with so much perfection.

Voldemort: Origins of the Heir

A prequel to the Harry Potter series based on Tom Riddle and his progression to becoming The Dark Lord.

This one is the longest film in this list, and also the only one to get approval from Warner Bros. itself. This film focuses on the four descendants of the founders of Hogwarts, including Tom Riddle, and switches between the past and present.
It is shot very professionally and will definitely keep you hooked.