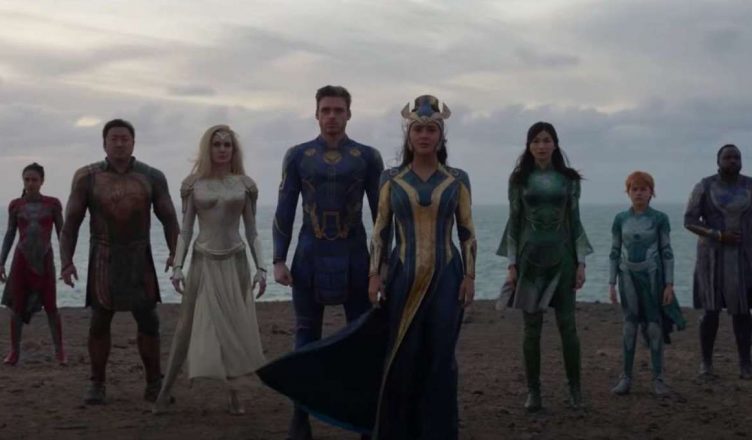 Everything You Need To Know About The Eternals

Marvel Cinema has brought to life so many comic book fan favourites over the past decade, with plenty more interlinked and well planned out series and movies to come. From Iron Man, Captain America, and Black Panther, to spin off series like Agents of S.H.I.E.L.D., Agent Carter, WandaVision and most recently, The Falcon and the Winter Soldier. Marvel certainly likes to keep them coming, which has led to an incredibly loyal fanbase.

One of the lesser-known Marvel Universe series is The Eternals – who have not yet been introduced as part of the initial superhero group we’ve grown accustomed to. Originally planned to be released in 2020, the series is now set to be released November 2021. This film will be the third instalment of Marvel’s Phase Four rollout – after Black Widow (set for a July release) and Shang Chi and the Legend of the Ten Rings (planned for a September release).

The Eternals – Who Are They 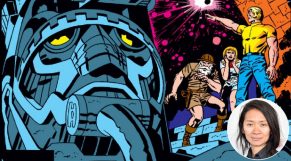 As a brief background, based on the original comic book series by Jack Kirby, the Eternals are a group of 100 humans who were experimented on by the Celestials. Of course, like every experiment there is the good and the bad (and in this case, the lovely and the rather hideous). Enter the Eternals as the successful, good, immortal and rather god-like success story of the Celestials, while the Deviants were the opposite – in that they are prone to mutations and rather less than morally stellar tendencies. This immediately sets them up against the Eternals in a cosmic tug of war and are a pretty decent counterbalance to them (like Sith vs Jedi if you will).

According to the comics, the Eternals are said to live on earth in secret and have been here for centuries without interfering (though there is a contingent which are said to live and monitor threats from the planet Titan – which Thanos came from – which, for those not in the know, he incidentally had a Deviant gene … if you’re finding this a bit confusing, don’t worry, it is, but it’s going to be easier to understand in a few short months once the Eternals clears up continuity).

The Plot Of The Eternals

Backstory as to who The Eternals are aside, the film coming out is going to focus on the aftermath of the Avengers: Endgame, and their coming to earth in order to (we assume) fill the void of good guys left behind to help protect the planet. Of course, as nothing is ever smooth sailing, there’s bound to be a snag somewhere (and we’re hoping that snag comes with a set of cool new superpowers). Details are still emerging, so stay tuned as we are bound to cover emerging plot points down the line. 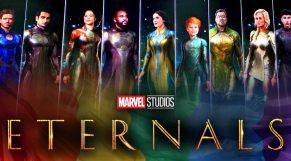 With Chloe Zhao at the helm, known for her work on Nomadland, the familiar faces of some of TV and films biggest names graces the cast line-up (and if you have not yet, you have to find the crew pic of everyone in costume together, go do so now and come back, it’s pretty surreal). Some top names that are as big as bet big dollar promotions include Angelina Jolie, Gemma Chan (Soo Lin Yao in Sherlock), Kit Harrington (Jon Snow from G.O.T), Salma Hayek, Richard Madden (Robb Stark, G.O.T), alongside others like Lia McHugh, Barry Keoghan, Kumail Nanjiani, Don Lee, and Brian Tyree Henry to name a few.