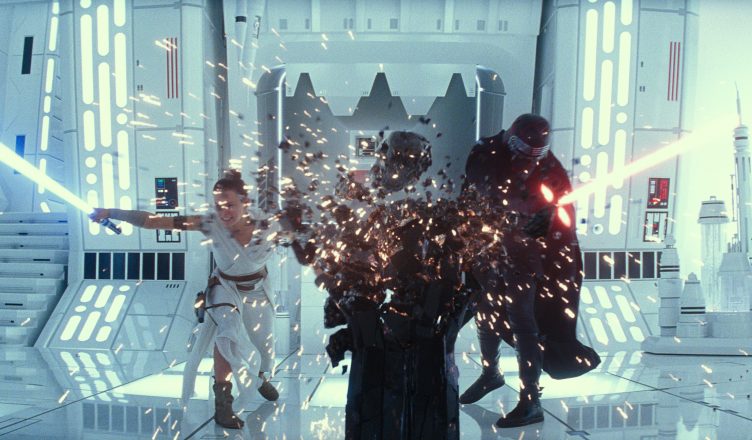 Video game movie tie-ins have shared a chequered past, with many games seen as simply shallow cash-ins. Goldeneye 007 for the Nintendo 64 is still seen by some as the gold standard (pun intended) for these tie-ins, however there are many more current online games with a movie theme offering a quality player experience

The Star Wars Battlefront series has had enduring popularity with the original game dating back to 2004. The latest iteration of the series, meanwhile, has sold a total of seven million copies by the end of its release year in 2017, and there are now rumours circling of another sequel being in the pipeline. The Star Wars IP is a guaranteed seller, but the games themselves hold up in their own right. In reference to its online maps IGN said, ‘most of them play wonderfully and they all ooze that classic Star Wars look and feel.’ The action and adventure of the Star Wars films naturally translates to an exciting gaming experience.

In the realm of the MMORPG (massively multiplayer online role-playing game), Lord of the Rings Online represents a particularly popular movie tie-in. Whilst the films are obviously based on the JRR Tolkien books, the game itself takes its inspiration from the Petter Jackson movies. Although originally released in 2007, the game continues to receive updates with the ‘Minas Morgul’ expansion released in 2019, and a further ‘Gundabad’ extension planned for 2021. Its longevity is certainly, in part, down to the richness of the world and characters put on screen, but its strengths as a game itself is the reason it is still played to this day. The game has won multiple awards including MMO of the Year from PC Gamer in 2011, as well as featuring in numerous other lists for the best MMORPGs of all-time.

Movie tie-ins also extend to online casino games, with several different titles lending their names to the environs of online slots. Examples include ‘Ted’ and ‘The Goonies’ tie-ins, which can breathe new life into old franchises or add to the lustre of more current IPs. Online slot machines can provide cinephiles with new routes to experience their favourite movie worlds.

Looking to the future, an Iron Man Virtual Reality game is set to come out this year. Although Iron Man originates as a comic, the game takes clear inspiration from the Robert Downey Jr film series. Although emphasis is on the single-player experience, there is evidence to suggest multiplayer support will be included which could pave the way for completely new experiences in the video game movie tie-in realm. It could allow players to experience their favourite movie worlds within the immersive confines of virtual reality whilst sharing this with other players.

With the growing strength of the video game industry, and the brand power of movie franchises, it is only natural to expect a boom in movie tie-in games. They can provide the player with the opportunity to explore and immerse themselves in their favourite movie worlds, in a way that movies alone simply cannot offer. What could be next? Maybe it’s time for a James Bond comeback, over to you Goldeneye 2.