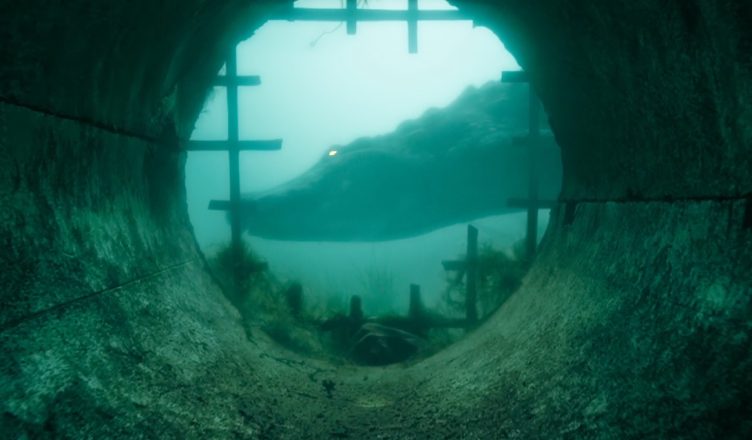 When a massive hurricane hits her Florida hometown, Haley (Kaya Scodelario) ignores evacuation orders to search for her missing father (Barry Pepper). Finding him gravely injured in the crawl space of their family home, the two become trapped by quickly encroaching floodwaters. As time runs out to escape the strengthening storm, Haley and her father discover that the rising water level is the least of their fears.

I think the best thing going for Crawl is just how practical everything is in the film. First off, we have to talk about the setting of the film. The Florida location already sets the audience to believe that major storms can happen. Not only that, but the notion of alligators being around in Florida isn’t the far fetched either. Plus, the film finds a way to combine many of these natural factors in a very convincing way.

The blending of the weather and the terrifying presence of alligators created a sense of never ending suspense and thrills from beginning to end. I thought it was clever to have the natural elements come together in an authentic way that created a crazy amount of terror for the characters to face. Every time you think one hurdle was crossed, another challenge was presented to continually raise the stakes. Best of all, the incredible situations that the characters faced in this movie didn’t come without some type of risk or reward. There were some major consequences for many of the decisions of the characters, and that in itself continued to pile on just how real this movie felt.

Of course, the main attraction in this film comes from the gators, and they just so happen to be the most intriguing characters as well. The alligators will definitely create a unique sense of terror the more you learn about them. I appreciated how the movie took the time to educate us on their behaviors and such, because it emphasized the sense of urgency of the given situations. There were some great moments where the alligators acted exactly the way they would in wild. For example, alligators really do lie in wait and quickly strike at their prey. So for the sake of this film, by using that natural behavior, the jump scares in this movie work incredibly well. None of the danger in this movie felt forced and that only added to the level of chills this movie delivered. As an added bonus, Crawl even supplies a very grounded motivation for the gators, so they don’t come off to just be some random plot device.

I think a minor issue with Crawl is just how predictable some things can be within the plot. For instance, right off the bat, we’re told about how the main character is an athletic swimmer. That of course is a huge and obvious foreshadowing that lets us know just how convenient it is that this story centers around her. I don’t think this level of foreshadowing ruins the movie, but it does take a bit more time than necessary to communicate this message to the audience. Especially when we probably could’ve got the same idea in a more condensed fashion.

Another small issue was that there  were just a few moments when the main character, “Haley” (played by Kaya Scodelario) makes some dumb decisions. You’ll know the moments I’m referring to when you see them, but they’re basically those moments that make you roll your eyes, or even yell at the movie screen. I think the reason why this is a bit problematic is because subconsciously, you’re probably thinking that this poor decision making is only in the movie to create a scary scene. That of course works contrary to the practicality that the movie is striving for by trying to make things realistic. Thankfully, they were few and far between, and, for the most part, “Haley” makes up for it by making smarter decisions throughout the film.

Lastly, I thought that the dramatic moments in this film lacked the emotional payoff they might have been going for. This could’ve been due to a number of factors.  I don’t think there wasn’t enough time devoted to really connect with the characters. I also think that given the expectations of this horror film, it’s kind of difficult to establish emotional moments in many of the scenes. For instance, you’ll have some scenes where the father and daughter have a heart to heart conversation, and in my mind I don’t really care because the timing of the conversations don’t feel right. If killer alligators are trying to eat you, in the middle of a category 5 hurricane, and that’s when you want to talk about your family’s past drama, then so be it I suppose.

Crawl is a fantastic disaster movie with nerve wrecking gators. I thought that this film had the right formula to really make this horror work. When you combine a natural disaster, scary predators, confined spaces, all through a personal human lens, you have a solid film on your hands. I won’t say that Crawl will give a class movie like Jaws a run for its money, but I can totally see how Crawl hit on many of the similar factors that made Jaws a hit.

I’ll fully admit that when I saw the trailers for Crawl, I thought this would’ve been a B-movie that would be going straight to streaming platforms in just a week. Thankfully, this wasn’t a “Sharknado meets alligators” type of film, and I had a good time watching it. It really does keep you on the edge of your seat with all the twists and turns and constant danger. I think that Crawl would be in instant hit if it had debuted on a streaming platform like Netflix, but it can easily be just as entertaining if you make it a matinee watch too. Feel free to check out Crawl and have fun with it. 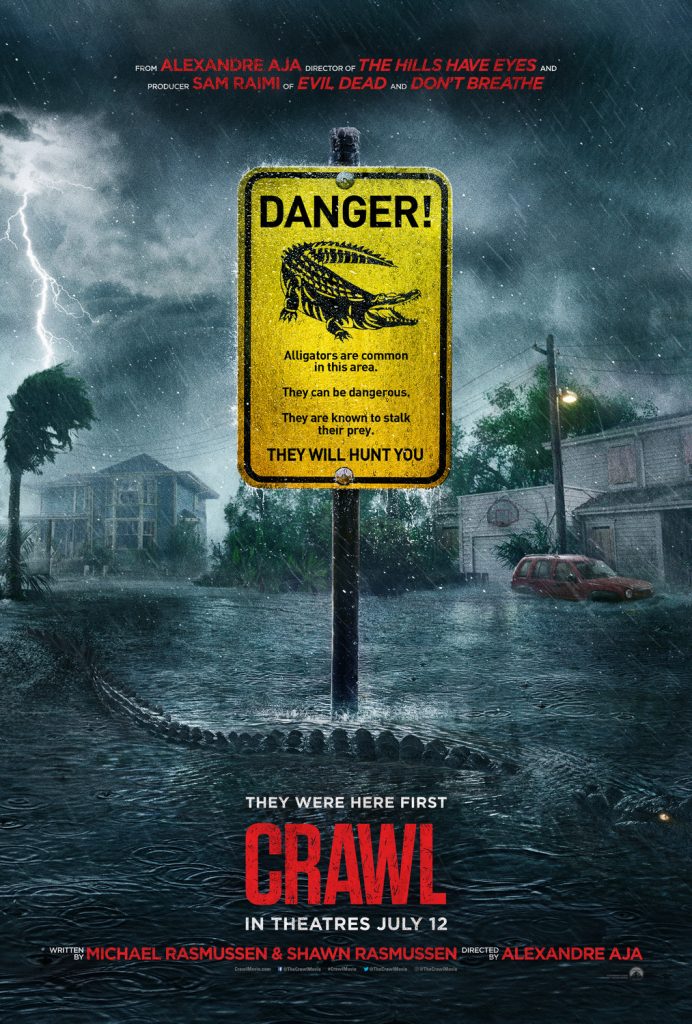