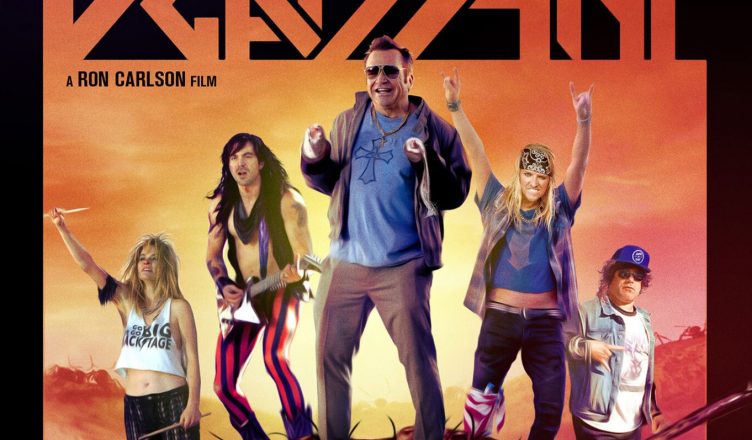 Comebacks can be great.  For 80’s rock band Sonic Grave, they are hoping that their gig at No-chella will be just what they need to become relevant again.  If only they can come up with their next big hit.  What better way to get that jolt of creativity than to drive through the desert to meet a Native American and by some peyote, take that peyote and trip all over the desert.  Something, though, they did not see coming were the giant killer ants.  Yep, you heard me.  Here’s my take on Dead Ant. 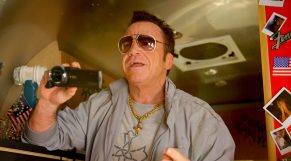 I was pretty skeptical going into this one.  I’ve seen movies about giant killer bugs before that I actually liked but this one I thought was going to be cheesy and not entertaining.  I was pleasantly surprised.  Dead Ant was quite enjoyable.  Yes there is a cheese factor but once I got passed that I found I actually liked it.  The movie was very well made.  Did not look low budget to me.  The ants were CGI of course but it didn’t take away from the flick.  I thought the acting was really good.  Tom Arnold was convincing as Danny, the sleazy band manager.  Complete with gold chain and gold rimmed sunglasses.  Rhys Coiro (Pager) and Jake Busey (Merrick) were believable as 80’s rockers.  And Sean Astin; who doesn’t love Sean Astin.  Great casting on this one.  I was also digging the music.  I love 80’s music.  From the pop stuff to the power ballads.  Sonic Grave was straight out of the 80s.  Very convincing.  From the music to the glam makeup to the wardrobe.  I would totally jam out to Sonic Grave in my car.  I liked the ending too.  Who knew a power ballad would be equivalent to a can of raid to those buggers.

The plot was a little convoluted.  I understood the band’s agenda but I didn’t get why the ants kept getting bigger when another was killed.  There was no real reason given for that.  And as much as I love Sean Astin, that hair was horrid.  I was not feeling that at all.  Every time he made a move I thought that wig was going to fly off.  Could have done better with his mop top since all the other band members’ hair were on point.  Also, that scene before the opening credits, what was that?  So this girl is tripping on some peyote and a giant ant is chasing her and she is undressing, while running, and throwing her clothes at the ant.  Like that’s going to stop it.  Works about as good as when you throw a gun at a killer when you run out of bullets.  But, it’s an attention grabber.  It sucks you in.  I get it. 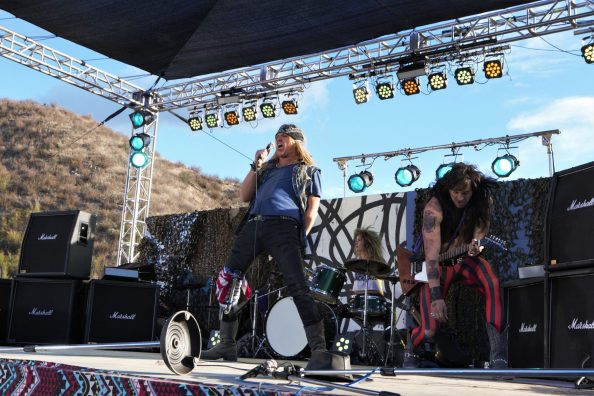 This was a fun watch.  For casting and music alone I would tell you to check it out.  It doesn’t lack in cheesy horror goodness but I think you should expect that in a movie called Dead Ant.  Still fun though.