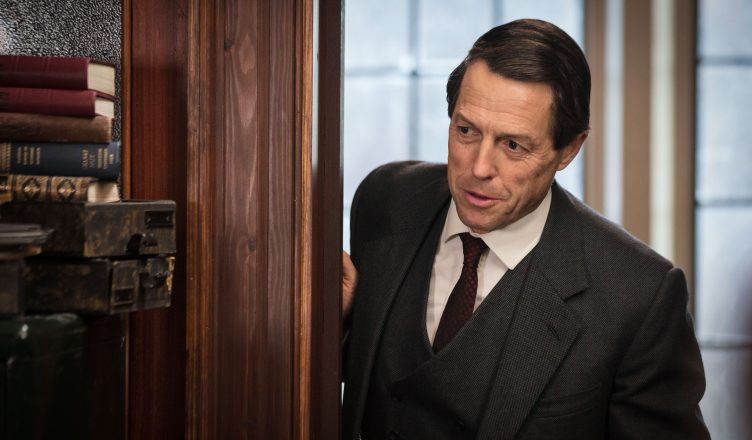 Hugh Grant said a sequel of “Four Weddings and a Funeral,” the romantic-comedy that came out in 1994 and made his career, may be in the works. Grant was in Manhattan last week at the Landmark Theater for a Q&a following a screening of the first hour of his new Amazon series, “A Very English Scandal,” directed by Stephen Frears and based on the book by John Preston. The event was hosted by Deadline.com.

During the Q&A Grant was asked about rumors circulating that there would be a follow-up to the hugely successful rom-com written by Richard Curtis.

“I think so. I don’t know,” he said. “Every two or three years Curtis does Comic Relief in Britain and America and everyone he’s ever worked with, suddenly you’re asked to do something. Funny, I’d pay him a lot of money just to go away. But basically his plan is to do a little sequel-lette of “Four Weddings and a Funeral.”

Still looking boyish and dapper, with a few finely etched lines around his eyes, the actor has been getting raves for his portayal of closeted English politician Jeremy Thorpe, who was head of the Liberal Party from 1967 to 1976. Thorpe’s goal to become Prime Minister was derailed when he was discovered in a sexual escapade with a neurotic and possibly over-medicated stable boy, Norman Scott, played by Ben Whishaw. When Thorpe could not get rid of Scott he put a hit out on his former lover that resulted in the politician being charged with incitement to murder.

Grant said he remembered watching the trial on television and being fixated by all the salacious details. “I had always loved the scandal when it was happening,” he said. “I was in my teens and it was a source of joy to the British. It had also a Monty Python element to it. Members of the establishment in their suits who’d gone to Trinity College Oxford suddenly being revealed as having dark gay secret lives and then wanting to kill their ex-lovers and the ex-lovers talking about biting the pillow and vaseline. It was just marvelous!”

Thorpe was acquitted but his career was finished. “He got off but it was sort of an O.J. sort of acquittal. No one really believed he was innocent,” Grant said.

When interviewing Grant everyone always brings up his early romantic comedies. Does he get tired of talking about “Four Weddings” and “Love Actually” he was asked?

“I can’t not be fond of them because both, ‘Four Weddings’ is good and ‘Love Actually’ is successful, and I’m very grateful to all those people who made those films, blah, blah, but, yes, I am having a bit more fun as an actor nowadays,” Grant said.

Of late, Grant’s career is in a renaissance, beginning with “Florence Foster Jenkins,” then “Paddington 2” (Whishaw voiced Paddington) and now, “A Very British Scandal.”

As to what’s changed in his career, Grant said it was the roles he was getting offered which are more varied and interesting than those of his youth.

“You know I’m old,” he said. “I don’t get offered the leading man in a romantic comedy. Thank god for that! And so these strange things come drifting across my desk and occasionally I think, yeah I could have a go at that and yeah, you just try to be brave. I’m about to sign up for two things which I could easily fall flat on my face. But I’m sort of tormented by that, but I think you have to give it a whirl.”