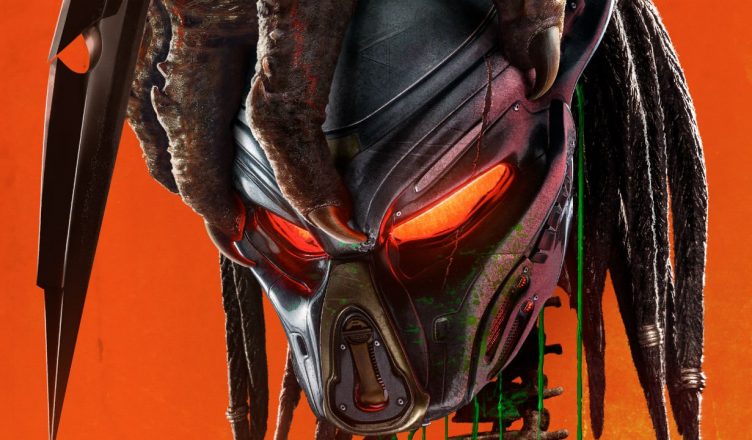 The Predator is directed by Shane Black and seeks to reboot the franchise. When a young boy finds some alien technology, a dangerous threat begins to hunt him down. A ragtag team of ex-soldiers band together in an effort to bring down the alien hunter.

One thing that can certainly be appreciated from The Predator is that it does add a bit more development to the Predators as an alien race. We get a more insight into their actual motivations as to why they do what they do. Along with that, this movie serves as a “seboot” (a sequel that also reboots a film). So this film does recognize the original Predator (1987) and Predator 2 (1990), although it would’ve been nice if it had included Predators (2010).

First and foremost the writing for this movie is simply not good. The writing bleeds into a bunch of different areas in the film but let’s start with the plot first. There’s so much foreshadowing in this film that it becomes entirely too predictable. You’ll rarely get caught off guard or be surprised by anything in the film.

The Predator even has some minor plot holes that only serve to push the story conveniently forward. For example, you’ll have a scene where a character miraculously finds something, and that something ends up being extremely useful later in the story. Furthermore, the film failed to invest more time on showing the real depth of mental health issues with military soldiers.  We have a lot of setup for it with the characters, but their mental health issues end up being exploited just for the sake of some corny jokes. 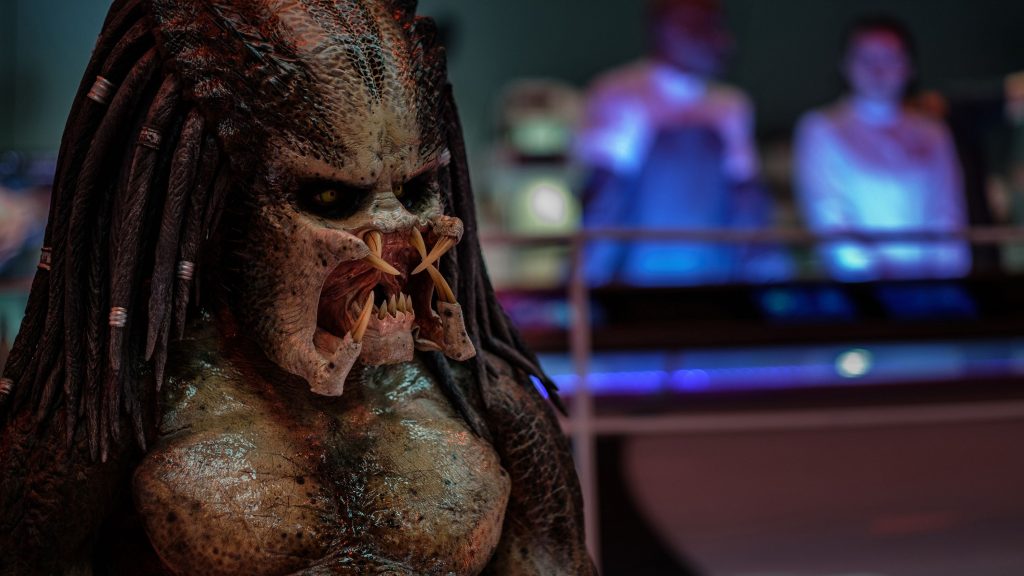 The terrible writing doesn’t stop there. This movie is riddled with bad jokes with even worse timing. I understand that director Shane Black is known for his humor in films. I also understand that some actions films often times will have some humor in them. However, in the case of The Predator, I think there’s a big difference between adding humor and comedy. This movie decided to force a lot of comedy throughout the entire film. There was entirely too much time and energy devoted to trying to make this movie funny. Don’t get me wrong, some of the jokes will get some chuckles, but depending on your sense of humor they will be hit or miss at best. Honestly, it seemed like there are a number of scenes that should’ve been deleted bloopers ended up just staying in the film.

All of that said, the writing had yet another victim here and that was acting. Sadly, I think the one that was most affected was Sterling K. Brown. He’s one of my favorite actors, and if you’ve seen in him other things like This Is Us or Marshall, then you’ll know he’s an incredibly talented actor. I think that 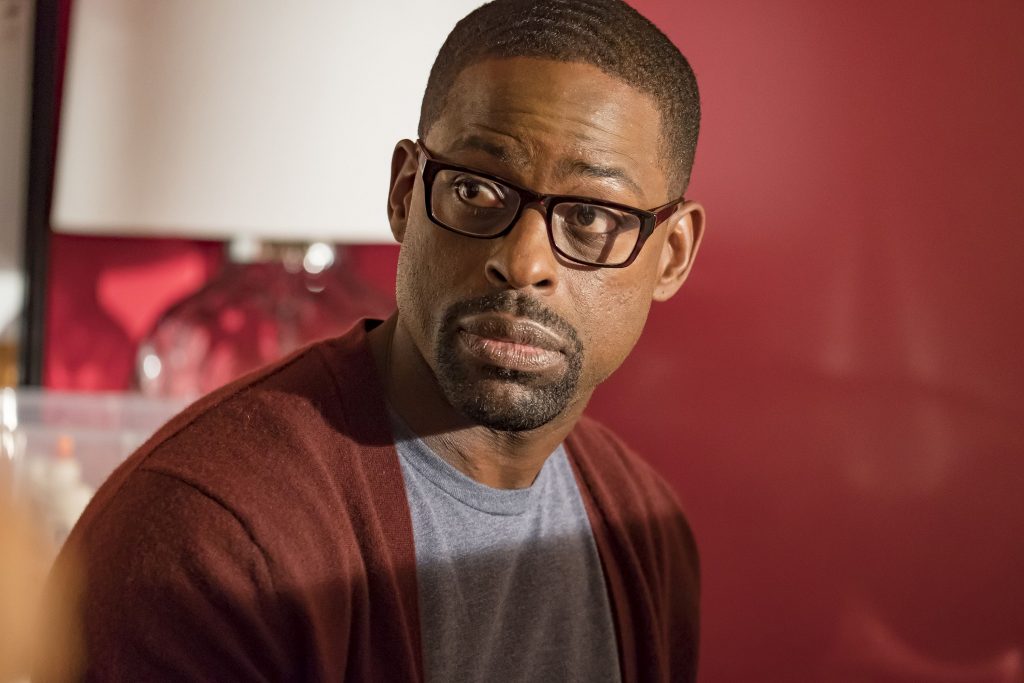 while he was able to deliver in his performance, the lines he was given were just bad. Seeing a gifted actor perform bad jokes is just an awkward thing to watch.

I don’t even know if it’s worth mentioning, but the special effects or CGI for some of the aliens looks dated. Thankfully most of the movie takes place in dark settings to try and mask it, but it’s still noticeable.

The Predator is an action comedy more so than it is an action thriller. This is one of those movies that movie critics will dislike, but fans may enjoy. I think people need to understand that there’s a big tonal shift with The Predator. Remember the Scream movies? They all had that serious, thriller like tone in regards to a slasher film. Well imagine if you had the first two Scream films and then for the third installment you got Scary Movie. For you sci-fans, imagine if Star Wars: Return of the Jedi was replaced with Spaceballs. Could you imagine if the next James Bond film was a slapstick comedy? It’s totally fine if you want to make a separate parody film, but to insert it directly into the mainstream franchise is just a bad move in my opinion. 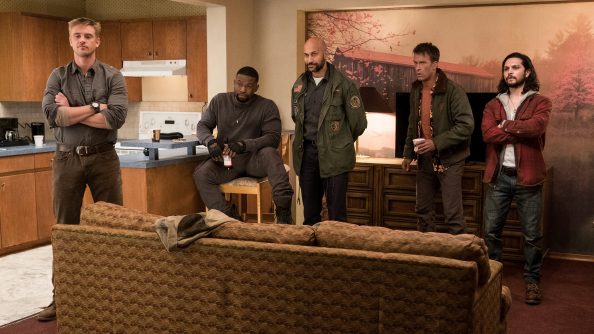 I think if you go into this film knowing that you’re going to get a very different movie than the previous ones, then you’ll probably have a better viewing experience than I did. Don’t get me wrong, this movie will be pleasing to some people because it does sacrifice quality for cheap laughs. If that falls in your lane of humor, then you’ll definitely have a good time with this film. Either way, I’d only recommend this film as a matinee film at best. If you go in with the expectation of seeing a worthy sequel to Arnold Schwarzenegger’s Predator film, then I think disappointment will be inevitable. 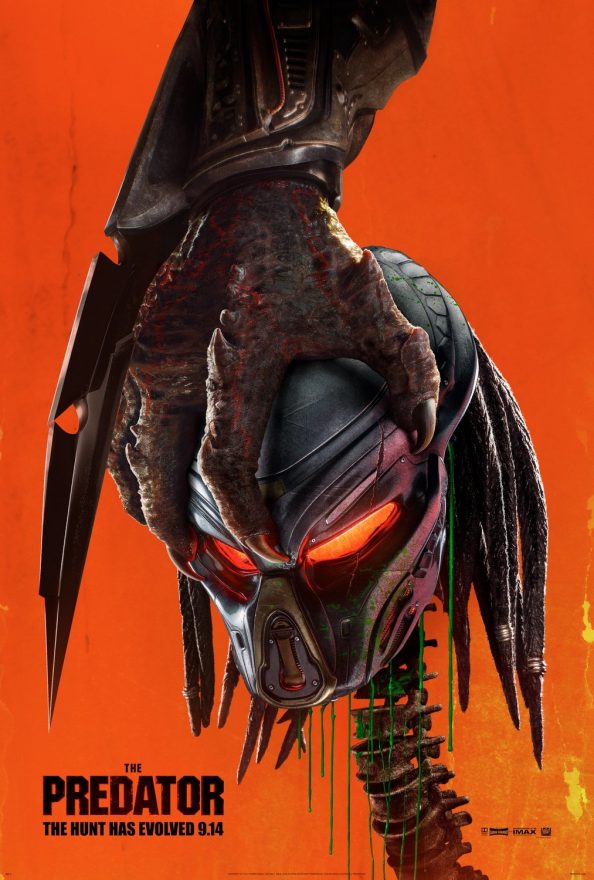