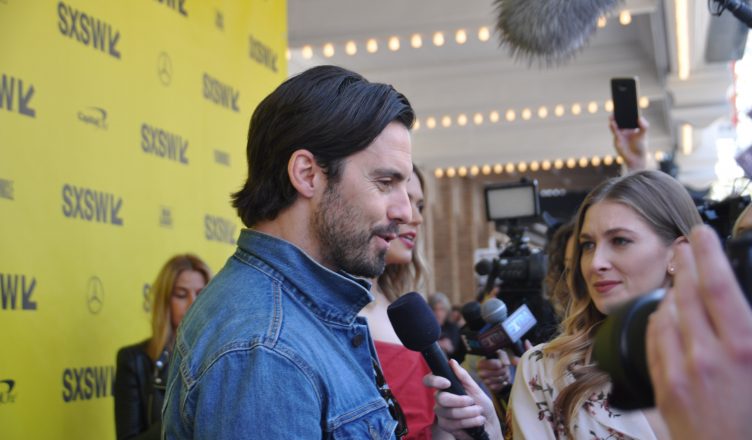 Some of the cast of This Is Us showed up on Monday, March 12th,  at SXSW in Austin (TX), to shill for their Season 2 Finale Episode. We were told that this was a change of rules for SXSW, as the Film Festival/Conference event has  not normally shown episodes from existing series, but only from new ones about to launch, like “I’m Dying Up Here” last year, the Showtime series.

Chief among those present on the Red Carpet on Monday were Milo Ventimiglia, Mandy Moore, and Justin Hartley. We did not get the heavy-set bride nor her groom-to-be. Everyone was unhappy that Sterling K. Brown did not surface. [I have pictures of Sterling K. Brown from his night on the Red Carpet of “Marshall” in Chicago, so I can run one in if the outcry gets too loud.]

From the stage of the Paramount Theater in Austin, Texas, at 3 p.m. we were all urged not to share the outcome of the 90 minute episode prior to its airing. It features Chrissy Metz’ marriage to the character known as Toby. There is also a hinted-at future romance, but I’m not telling. I would be hard-pressed to tell much about who is related to whom or how, anyway, so I’ll just share some of the photos here.

I must confess that I’ve seen exactly two episodes of this series. The first one featured the heavyset girl telling the character known as Toby that she didn’t think she could date him, because she was trying to lose weight (always a good goal) and so was he. The series has come a long way since then, as this episode was their marriage. Love won out over Weight Watchers. I think the series looked like it could be interesting and is well-acted, but there is such an embarrassment of series riches available to stream today that I can barely keep up with the ones I’m already addicted to.

I did see the episode where the series killed off Milo Ventimiglia’s character. I remember there was a fire involved. I heard that fans were not happy that he was “offed” by the series showrunners, Dan Fogelman, Elizabeth Berger, Isaac Aptaker and its screenwriters, Elizabeth Berger and Isaac Aptaker. To keep things interesting, you sometimes have to kill your (fictional) babies. Milo had to go…sort of…but not really.

Never fear: in this episode, Milo is alive and well and old, even if only in dream format. He and the Mrs. are celebrating their 40th wedding anniversary, in fact.

For rabid fans of “This Is Us” please note that I think it is well-done, too, but there’s only one of me and Showtime, Amazon, Netflix, Hulu,  HBO, regular channels and the movies, in general, are making it hard to watch and keep up with everything. 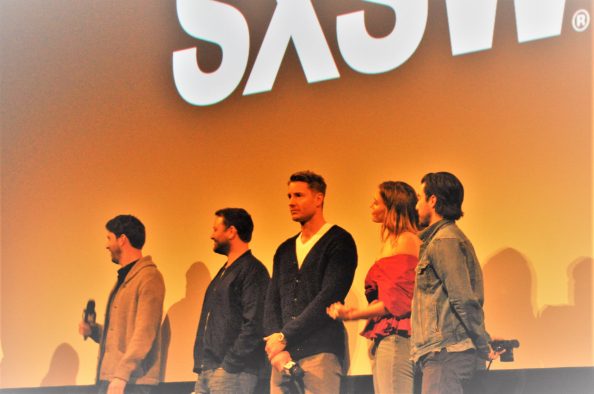