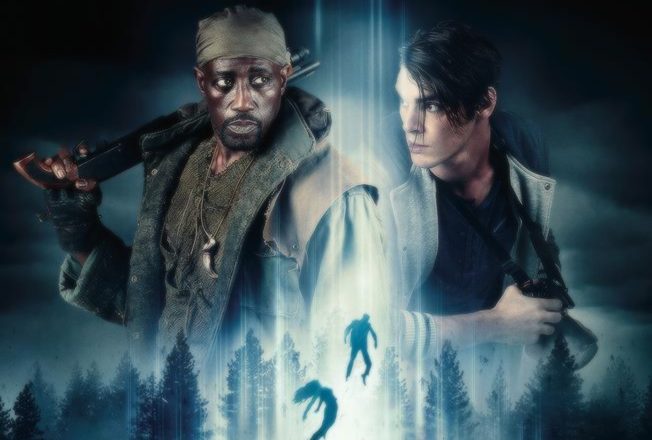 The Recall is exactly what I expected it to be but it also happened to be exactly what I wanted. I wanted a straight to VOD sci-fi popcorn fun flick and having a recognizable face only helps. So Wesley Snipes channels his inner ‘Blade’ with this role and having fun at these kids expense as they walk right into the worst situation of their lives. 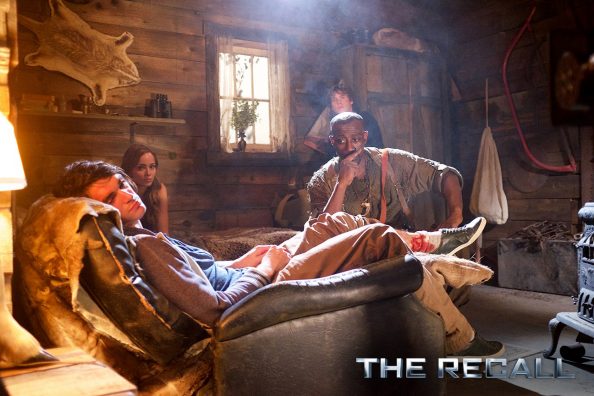 So whenever I see a group of kids headed to a cabin for some summer fun the movie is immediately predictable. We know exactly who, what, where, when and how based off the characters and their traits so this movie had little to offer in the surprise department and instead relied heavily on its execution. Things start off great with the group doing as great a job as possible with the scenario and headed to their certain doom but when the movie decides to change the pace to the inevitable thrills is when the movie starts to suffer from multiple personality disorder.

What I mean is that The Recall draws a ton of inspiration from a ton of films. You’ll see moments that remind of you of Evil Dead and Cabin in the Woods but then you see inspirations from Independence Day and maybe The Walking Dead. These are all great things to use as inspiration but it’s the execution that falters. The Recall quickly switches and cuts from one genre to another that after a while I felt a little shaken up by the random change in pace. It was somewhat entertaining but after a while I began to lose interest in whatever narrative that brought me here. Weren’t these kids in a cabin?

I like the effects in this movie. This isn’t Transformers level of CGI but since District 9 what’s possible on a budget has clearly flourished further making the experience more enjoyable. I emphasize this because we still suffer from films that offer terrible CGI and they really detract from a movie so kudos to The Recall for maintaining immersion.

When five friends vacation at a remote lake house they expect nothing less than a good time, unaware that planet Earth is under an alien invasion and mass-abduction.

If that’s not enough, let’s take another look at the trailer:

You see how at 1:18 seconds in that trailer the tone just does a seismic shift? It’s like that in the movie too. Once you get on board with the new pacing things are somewhat okay but man does this movie have some harsh transitions. The story itself is predictable but that’s not The Recall’s problem. The pacing of The Recall suffers from the sudden tonal shifts as well forcing The Recall to speed and slow down at the drop of a dime without the sense of payoff that is expected to go with that. When a movie like Jurassic World goes “HOLY CRAP A DINOSAUR IS LOOSE” There’s some payoff that the audience gets to enjoy from that tonal shift with the visuals and the music and whatnot but The Recall lacks that sense of satisfaction to go along with the change in pace.

Overall, this movie is AWESOME. It’s that summer VOD movie you can gather some friends to watch and not be disappointed you didn’t catch it in theaters and still be glad that you watched at all.

Synopsis: When five friends vacation at a remote lake house, they expect nothing less than a good time, unaware that planet Earth is under an alien invasion and mass-abduction.