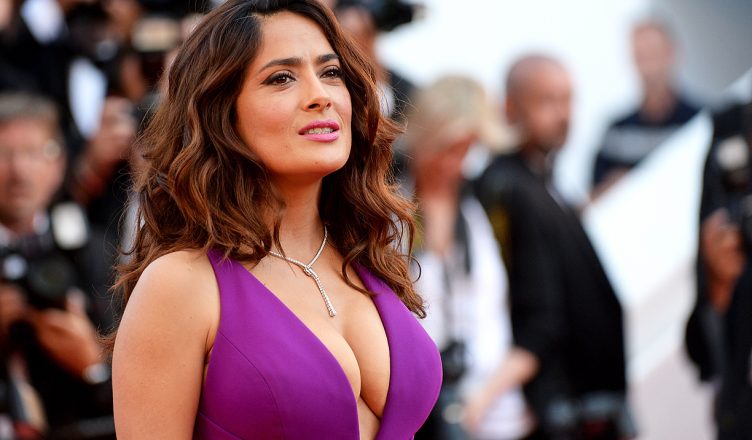 Consider Salma Hayek, the Mexican-born actress who has appeared in numerous films. Her characters often typify the widespread perception of the Latina female. Raven-haired. Hourglass figure. Fiery. Sensual. Provocative. Quick-tempered. Passionate. But the diverse range of individuals portrayed by Hayek and others born south of the Rio Grande may contain only a fraction of these attributes. If any.

The stories unfolding on our cinema screens reflect reality but only to an extent. The truth is usually distorted for dramatic effect. So when it comes to Latina film stars, what are the three of the commonest roles they present, and how accurate are they?

There are many different religions practiced in Latin America but in cinematic terms the one that tends to receive most focus is Catholicism. When the camera pans inside a lead character’s abode there may well be religious symbolism among the home décor, such as pictures of the Virgin Mary or Sacred Heart images pinned to the wall. Moments of crisis may result in the beautiful actress bowing before these and crossing herself, or murmuring prayers.

This sense of being straight-laced is often used as a counterfoil to her otherwise feistier personality. Her respectability and calmness can quickly explode into less angelic and more profane outbursts.

Another perception of Catholicism is that it is still equated with societies where birth control is not as progressive as it is elsewhere. So cinema will present its Latina women as domineering mothers, the matriarchal center of an extended family, lovingly surrounded by children. Lots of children.

Many might consider the image of a woman who is slightly unhinged, ready to crack at the first hint of annoyance, a tad off putting. But to a lot of males this fictional depiction is irresistible. Latina women are routinely portrayed as vixens, their rational behavior easily subsumed by wild outbursts. Either she’ll slap her protagonist across the face, or seize him in a martial arts move and throw him onto the nearest bed!

When it comes to making love, a widely held perception is that Latinas never hold back. Have you seen this scenario in a film featuring a gorgeous brunette with dark, brooding eyes and a thick Hispanic accent? Some meek-mannered character finds themselves in the unfortunate position of having booked a hotel room next to the one where a hot-blooded Latina woman is entertaining one of her virile male suitors. Throughout the night, her enthusiastic cries reverberate through the walls, the headboard dunting while chandeliers tingle violently and ornaments crash to the floor.

Slapstick aside, Latino females are certainly among the most sensual you’ll see on the big screen. In their world, trendy diets and salad meals are incomprehensible concepts. Their figures could aptly be described as ‘classic screen goddess’, with gravity-defying cleavages and a top-heavy physique they are never, ever shy about displaying. Where many North American starlets have succumbed to the cosmetic surgeon’s knife so their fake chests remain static when they walk, Latinos are proud to strut along, their breasts and behinds moving with supple, hypnotic motion.

Where LA actresses often appear as if their faces have been stretched free of character-defining wrinkles, their South American counterparts are completely natural. Their full-bodied lips glisten with crimson lipstick, ready to dispense steamy and prolonged kisses. No wonder guys come away from the movie theater with one thing on their mind: Latina dating.

If there’s one cinematic cliché more well-worn than the curvaceous Latin girl and her healthy appetite for erotic pleasures, it’s the image of the brooding female wearing an expensive outfit, her hair tousled, a cigarette poised in her curled lips. Often they’ll be cast as a gangster’s moll, although that seems an entirely inadequate description for such a sophisticated femme fatale. She’ll either be gliding into an expensive restaurant or hip nightclub, all eyes drilled on her entrance; or in a more casual moment, sporting a bikini barely managing to contain her curves while she lounges by an azure swimming pool. Here her eyes will be masked by designer shades and she’ll be smoking and sipping from the pocket of liquid somewhere under an improbably pile of ice, fruit and cocktail umbrellas.

Tattoos? That goes without saying. These won’t be discreet little ink marks on an ankle. They may well be large-scale and intricate pieces of artwork, cascading down her shoulder and arm, or sprawling over her naked back. Their subject will be as dangerous as this Latina bad girl, something apt for the locality, such as a pouncing jaguar, or a venomous scorpion.

Of course, there are have been just as many examples of Latina characters resembling none of the above. But have they been as interesting?