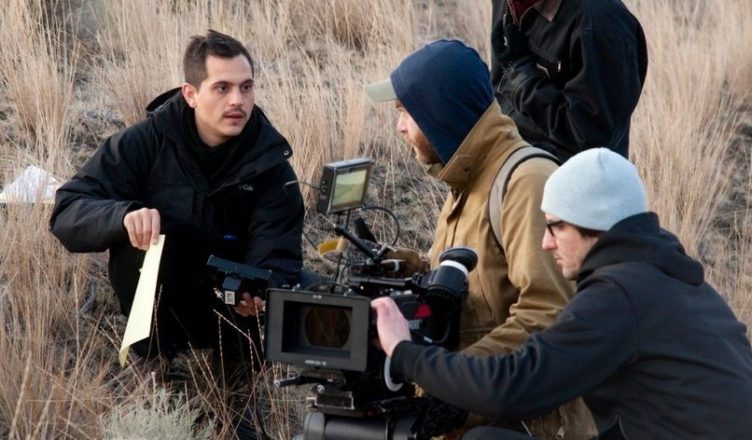 “Desert Cathedral” marks the feature directorial debut for independent filmmaker Travis Gutiérrez Senger (who also wrote and co-produced).  The extraordinarily anomalous based on actual events story centers around the mysterious 1992 disappearance of Peter Collins, a severely distraught Pacific Northwest real estate developer (Lee Tergesen in an indelibly remarkable performance).  Collins chronicles his desperate  journey through a series of video and audio recordings which he then shares with his family and employer.  Some of this actual archival footage is woven brilliantly into the movie.

Recently I had the opportunity to talk with Senger by phone about “Desert Cathedral”.  I began by asking how he came to find out about the story he bases this career landmark film upon.

JS: How did you originally learn about this story?

Senger: A woman in my peer group had shared the story with me.  It was somebody that she had known in her life.  At first I was just sorta like, wow, that’s a crazy story.  But then over time I started thinking about the image of this well-to-do American father driving around in a luxury vehicle (a Mercedes-Benz in the film) in the middle of the desert looking for a place to die and I just thought that was such a haunting and compelling image.  And then 2008 hits and we were going through this global financial crisis and I was thinking about this man who had gone through his own personal financial crisis and was fleeing the life he had known out to the open spaces of the desert and I just felt like it was time to make a movie about that.

JS: I can’t recall seeing a movie presented the way you did in terms of seamlessly interweaving found footage and recorded audio with dramatic footage.  Was this your original vision?

Senger: I originally had the idea because I knew that the archival elements existed and the family and the people involved said we’re gonna support you telling this story or we were not going to get any of the archives.  It was something where we had to build trust with them because (the archival footage was) so personal and they wanted to make sure we weren’t doing something sensational or exploitive with the footage and that it was handled well.  There (are) a lot of great scenes in this story that I think (are) important for us as a culture to explore and (I wanted to) use this story and the character as a way to do that and (not) disrespect somebody who had died so tragically.  I had done a documentary that sadly had a death in it (“White Lines and the Fever: The Death of DJ Junebug”) and it was handled in a way that I think they (the family and the film’s producers) thought was tasteful and that helped get access to the real materials.

JS: Did you talk with the man’s widow and daughter at all?

Senger: Yeah, I talked with the family extensively.  I wouldn’t have done (the film) without their support and trust and participation through the process because it’s just one of those stories that like, wow, how did you guys deal with that loss?  And try to be considerate of that.  One of the things that I did with the film and one of the criteria was I had to change the names so the names in the film are fictionalized.  That was part of the stipulation for me to basically do the whole (movie) from the beginning to the end.  For me that was no issue because the main subject’s family is still alive and the producers and I felt better about it ultimately.  One of the things I always thought we would uncover in the archives is some horrific secret.  But (this story is) more (about) how this specific person deals with these financial issues and these feelings of failure and this need to escape and desire to remove himself from his day-to-day life and responsibilities and his psychological demise.

JS: Lee Tergesen as Peter Collins never seemed to overreach (and) actually seemed to be this guy going through this horrible period at the end of his life.

Senger: (Tergesen) always stepped up to the plate and was extremely committed to the project through it’s entirety.  I wanted the performances to be restrained and be truthful to what I felt like was the nature of these people where (Collins is) not always the most expressive (person) but through his camcorder he can confide.  I think Tergesen kind of had to really dial his performance in to maintain that.  When you meet him you feel like this is somebody who has a lot going on inside of him and I think as a person is always dealing with maintaining his own intensity.  (Tergesen’s performance) constantly intrigued me and kept me on the edge of my seat.  And he did little things for the role.  He gained weight.  He grew out his beard.  He adjusted his jaw and the way he speaks (as a means) to really come into the character.

JS: Was everything about working on your first feature film what you thought it would be?

Senger: I feel like (the reward) for making (“Desert Cathedral”) for me is incredibly high but also the inspiration from the film, both from things we did well and things that I feel like I could improve on, is really high as well.  There (are) so many things through the first time that you learn, whether it’s casting or editing or producing or writing.  And some of it you say is pretty good and I wanna work with these people, they’re great.  And you (also) say let’s improve on this area.  It’s an extremely intense process, but a rewarding one, ya know?

Gracious thanks to Sarah Sullivan of Asa Nisi Masa Films for arranging my interview with Travis Gutiérrez Senger.  “Desert Cathedral” is currently playing in select theatres across the country now.  It contains adult content but is not yet rated.

You can read my review of “Desert Cathedral” here on The Movie Blog at the following link: