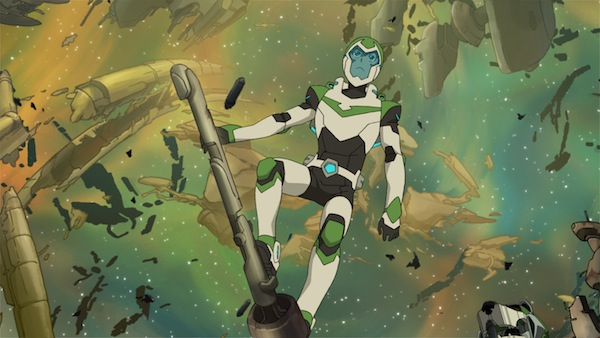 Earlier in the year Netflix had me all excited with the idea of the 2nd season of Voltron releasing the same year as the first season. That idea is out of the window as the premiere has slipped into January but either way I can’t wait for this fucking series to return. Everything about the first season was amazing and included the same thought out and deceivingly intricate storyline that one would expect from the same folks behind one of the greatest television series of all time ‘Avatar: The Last Airbender’. Yes, one of the greatest TV shows of all time. Not just animated, I hold this one up their with The Wire and Game of Thrones so seeing these guys take on one of the most memorable series of my childhood is pure bliss.

Friday, October 7, 2016 – Following the first season cliffhanger, Season 2 of DreamWorks Voltron Legendary Defender sees the paladins scattered throughout the universe in wake of a tough battle with Zarkon, Haggar and the Galra Empire. The team will face new challenges as they bring mighty Voltron back together and plot to take down Zarkon once and for all when Season 2 premieres on Netflix January 20, 2017.

The cast and crew shared details about the upcoming season to the energetic and packed house including guest voice talent such as Weird Al, Pidge might be a hoarder and Hunk and Lance crash land on an underwater planet in the episode “The Depths”.

Fans also learned more about the Voltron Playmates Toys (revealed earlier today) coming to a store near you in January 2017 as well as the Voltron Collective.

Shit. Now I want the toys yet there’s no more room on my desk. Do I get rid of Drogon and Megaman for Lions? Life is hard…