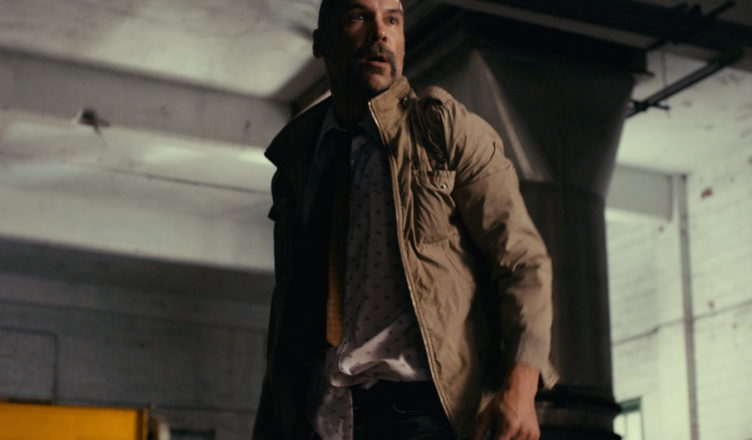 I’ve missed the days of the legitimate film noir, starring the hard-boiled chain-smoking detective. These days the idea of film noire is just a blend of a modern thriller and crime drama, with very little elements of what a noir should be. Thankfully for “The American Side” (available on DVD) for bringing back a classic film noir story.

Writer & director Jenna Ricker and writer & actor Greg Stuhr compose a classic film noir mystery. Stuhr plays private eye Charlie Paczynski. A low-rent detective who prefers to be as mysterious as his cases. Paczynski is tasked with a suicide case, that ultimately leads to a discovery of much higher proportions. All told in a carefully crafted plot.

It is so refreshing to see one of my favorite genres done in such a high quality way. In today’s cinema, it’s not a common occurrence. The characters that appear in the film, small or big parts, all have an identity, purpose, and persona. From the first scene of the movie you immediately get a feel of the genre. The sepia-like color in the frame of each shot is a clear indication of the genre. The film takes place in the 70’s, so the style and set design are perfectly in sync with the theme and plot of the movie.

Not only does Stuhr look the part, but he does a great job playing the everyday man Paczynski. He’s the sort of guy that you don’t know much about, but are curious to find out more. Paczynski has a lot of average Joe qualities to him. He’s simple in every way. Drives a simple car. Lives in a simple apartment. Hangs out at local bars. He’s just trying to make a living. He’s relatable.

The supporting cast is what will draw casual viewers to the movie. Camilla Belle, Matthew Broderick, Alicja Bachleda, Robert Forster, Robert Vaughn, and Janeane Garafolo to name a few. Each one of them plays an intriguing role with a significant purpose in the plot. I especially enjoyed Belle playing against type. Forster and Vaughn just seemed like perfect fits for this genre of film.

What I really enjoyed about the movie was the Nikola Tesla plot twist. Without giving much away, Paczynski’s mission turns into discovery into a conspiracy revolving around Tesla’s invention. It’s almost as if an extra layer was added to the film at the midway point.

I didn’t have any negatives personally, but to be objective there are some elements of the film that won’t relate to everyone, therefore they might find the movie unappealing. The first 45 minutes of the film are a slow burn. Nothing exciting really happens, it’s actually somewhat confusing. It’s how it’s supposed to be though. That’s the filmmakers intention. With the low attention span viewing habits, that can end up turning away some. The plot narrative doesn’t spoon feed you all the details. You have to watch closely and pay attention to minor details to unlock them yourself. One again, some people might just not want to invest their full attention, finding it unappealing.

I appreciated this film for being a throwback to the classics. The mention of Mike Hammer immediately transported my mind to the classics of this detective genre, such films as; “Kiss Me Deadly”, “A Devil in a Blue Dress”, “Chinatown” and neo-noirs such as “Breathless”. The performances are very pleasing. The cinematography by Frank Barrera and directing of Ricker are top-notch. You can easily tell that the filmmakers have a great understanding for the genre and the kind of movie they were going to make. This is the sort of independent film that might go unnoticed, but shouldn’t. Film noir lovers will surely enjoy this film. Others might be turned off by the stylized approach. I, on the other hand will definitely be on “The American Side”.