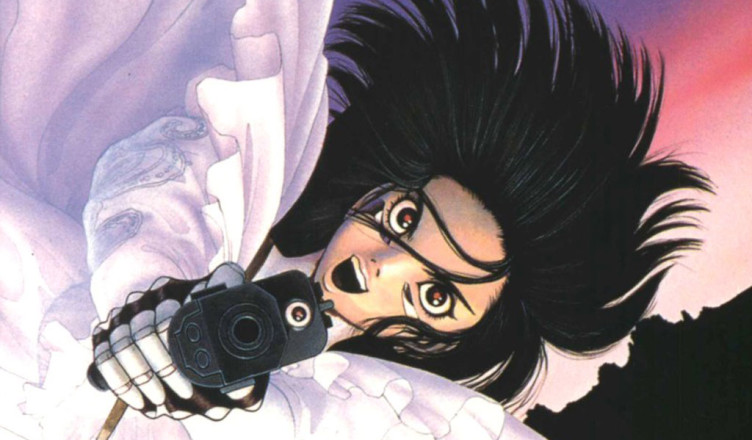 YES! YES! oh FUCK YES! In a stunning turn of events reports are going around that director James Cameron may have finally had a “moment of clarity” and realized that keeping the Battle Angel Alita property in his death grip may not be a feasible plan after all! Cinemablend is reporting that JC and director Robert Rodriguez have been in discussions for development of the movie with Rodriguez at the helm!

Robert and I have been looking for a film to do together for years, so I was pumped when he said he wanted to do Battle Angel. He’s very collaborative and we’re already like two kids building a go-kart, just having fun riffing creatively and technically. This project is near and dear to me, and there’s nobody I trust more than Robert, with his technical virtuosity and rebel style, to take over the directing reins. We’re looking forward to learning a lot from each other while we make a kick-ass epic.

I take full credit. Absolutely. A mere month after sharing my article about how Battle Angel seemed more and more unlikely with Cameron devoting himself to 3 Avatar films, which seem to take 5+ years to produce is a shitty idea.

That being said, Rodriguez is a wonderful choice for directing the film with the adoption of technology and the sheer edginess needed to bring this film to life in the way that it deserves. As an FYI for you folks who have forgotten why you should be more excited about this movie than Dino-whatever here’s the story straight from Wikipedia:

Battle Angel Alita tells the story of Alita (“Gally” in the original Japanese version), an amnesiac female cyborg. Her intact head and chest, in suspended animation, are found by cybermedic expert Daisuke Ido in the local dump. Ido manages to revive her, and finding she has lost her memory, names her Alita after his deceased cat. The rebuilt Alita soon discovers that she remembers the legendary martial art Panzer Kunst, although she does not recall anything else. Alita uses her Panzer Kunst to first become a mercenary Hunter-Warrior, killing cyborg criminals in the Scrapyard, and then as a player in the brutal sport of Motorball. While in combat, Alita awakens memories of her earlier life on Mars. She becomes involved with the floating city of Tiphares as one of their agents, and is sent to hunt criminals down. Foremost is the mad genius Desty Nova, who clashes with Alita before becoming her ally.

The futuristic dystopian world of Battle Angel Alita revolves around the city of Scrapyard, grown up around a massive scrap heap that rains down from Tiphares (Salem in the anime). Ground dwellers have no access to Tiphares and are forced to make a living in the sprawl below. Many are heavily modified by cybernetics to better cope with their hard life.

The most important thing for any film that has a ‘hero’ is the VILLAIN, and Battle Angel has one of the most beautifully despicable villains for film since Agent Smith. I won’t spoil it all for you reading but add that with the insane developments, beautiful art and you have a fantastic world for creators to explore and present. I’m totally looking forward to this movie and if Cameron has some sort of over-site to the projects’ visuals we are in store for something more terrifying than Skynet and more palpable than Transformers. I will absolutely share any additional news that comes our way.

You can watch the anime here. You are all FUCKING welcome.