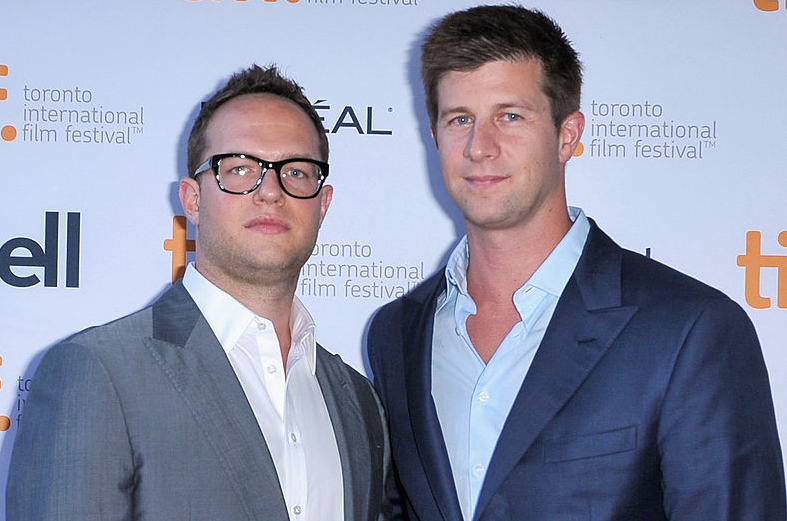 Burn Later Productions has produced recent hit independent comedies, Drinking Buddies, Adult Beginners, and upcoming comedy Results. Leading the charge of this production company are producers Paul Bernon and Sam Slater. I got a chance to speak to the guys about the company and how they got involved in the business.

Jim: You guys have an interesting start in the business. You didn’t necessarily come from the film industry background. How did you get involved with film and what lead both of you to producing?

Paul: I went to film school at Boston University, but when I graduated I decided I wanted to build a business background before getting into film production. I went to work for a real estate development company, and then got my masters in real estate and started my own company a couple of years after that. I build the company up to the size where I was trying to do both. I participated in a financing of a film, then physically produced a short film that was at Tribeca in 2012, it was called Teacher Of The Year. Right around that time Sam and I met and told him what I was doing, now I’ll turn the floor over to him for his response.

Sam: Haha, yes, so my story is not that similar to Paul’s, only that I never went to film school and had no sort of formal education about film whatsoever. It was just a creative outlet and desire of mine that I was looking for a while, just trying to figure how to leave what I was doing and how to start something brand new. When I met Paul, he was in a process of doing the same thing, so it seemed just perfect to go about it with someone rather than alone. We teamed up together right then and there.

Jim: What sort of challenges and learning curves did you guys face starting out in the business?

Paul: That’s an interesting question, in terms of problems. It’s tough to answer that in the singular, because as soon as Sam and I started a company, we fell into this model, opposed to him doing X and me doing Y, we did everything together. That has been a great model for us. There haven’t been any fights or second guessing on how one person would do one thing, I think we’ve done it all together. To answer your question, there hasn’t been any out of the norm problems, but we have certainly run into some issues. I think they have all been fairly easy to troubleshoot. On Drinking Buddies we learned a tremendous amount, because we have never been involved in financing or producing a feature film before. We were lucky to work with someone such as Joe Swanberg, who is a fairly prolific filmmaker who made a lot of films, is very good on deadline, and editing it himself. We were fortunate to see that model at first and go from there.

Jim: You had some big name talent working on that film with Olivia Wilde, Anna Kendrick, and Joe directing. What was it like to go straight into the big leagues on your first attempt.

Sam: I think that for us, there was a time when we were first working on that project I would sit back and be thinking, geez this is pretty amazing, here we are in this new career and we are working with fantastic A-list actors. When it comes down to it, we were in the moment and just working through the project on a host of issues that were our responsibilities. We were just working very much in the moment, just grinding away and keep working, and not get caught up in it that way. We are most productive that way, we do our best work that way, and try to keep our heads down and work that way moving forward. Back then and now, projects we work on currently,even in the future, we take a moment and are like, wow this is great we are working with so and so, we are collaborating, look at how much has changed in three years.

Jim: Do you guys feel like you have gotten respect from the movie community and industry? What has the reaction been to you guys being new to the industry?

Paul: With each film, after Drinking Buddies, we got some level of respect, but it was a bit of a one hit wonder. When Adult Beginners came out in Toronto, it sold, has done well, and now Results, which we pre-sold before Sundance. Which each passing film it gets easier, and we get more involved with each passing film. We started out as financiers, and grown in the business where we are developing material, we are optioning material, taking projects from beginning to end, and people know that. It’s sort of become easier to get that street cred, if you will. Our creative partners certainly value us bringing a business skill set to the table. Whether it’s negotiation or marketing, it’s been three films now. It’s appreciated, because they know they are being dealt with appropriately.

Jim: What’s next for you guys as a partnership and team. You have stayed with the independent comedy, is this something you guys want to build your foundation on or try something different?

Paul: I think for right now we want to continue making high quality independent film. I don’t think we are at a point where we are comfortable or want to venture outside what we seem to be relatively good at, and enjoy doing. For right now we are going to stick to what we are doing and continue doing this types of films. Down the road if that changes into something else, then so be it, but for the foreseeable future we are staying on course.

Jim: What is it about these independent comedies that they are so well done and such quality films, they are able to be successes even though they are run on a much smaller budges, yet the quality is just as good as a Hollywood studio produced comedy?

Sam: Hmm, I think that for us, we are cognizant of the studio way of making films, we are only used to making films only one certain way, which is risking our own capitol and making films at a budget we find to be appropriate, and believe to be a financial and critical audience win. It’s hard for me to say, had I made one studio film and a couple of these I would say I could tell you the differences. We are comfortable in the model we have built and worked on together, which is making these films on a budget and selling them.

Jim: Results looks like a fun watch, and Drinking Buddies was a really nice film. You guys are onto something there, so keep up the good work.

Sam and Paul: Cool, thanks so much for the time, we appreciate it. Take care.