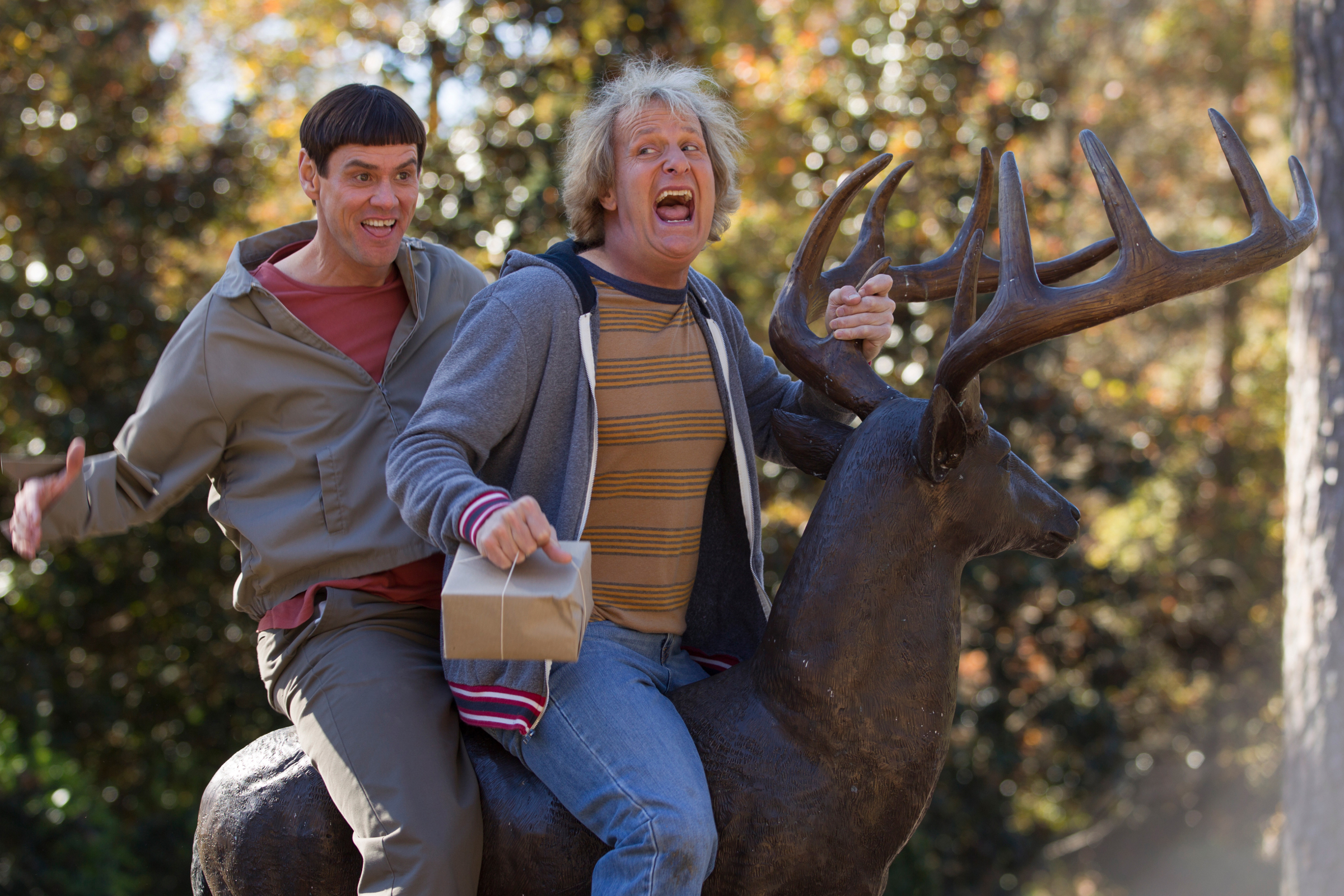 I almost forgot about this movie! Thank Bob for these guys doing promotional rounds as the fine folks that work with Jimmy Fallon not only spoke with Jim Carrey and Jeff Daniels to talk about the film but we also received a trailer shortly after! So how the hell do these guys go around the whole “It’s kinda been 20 years” thing? Check it out:

I love it. The whole “I’ve been faking for 20yrs” thing is simple but effective and allows for these to (ha!) guys to not only pick up where they left off, but it’s also used as a tool to help us catch up with the guys and find out what the hell Lloyd’s been doing for the past 2 decades. So far I like what I see and I’m starting to get excited to see another Jim Carrey role in which he shows off his comedic chops. Check out these images that came in my e-mail with the trailer:

One thought on “Trailer: Dumb and Dumber To”