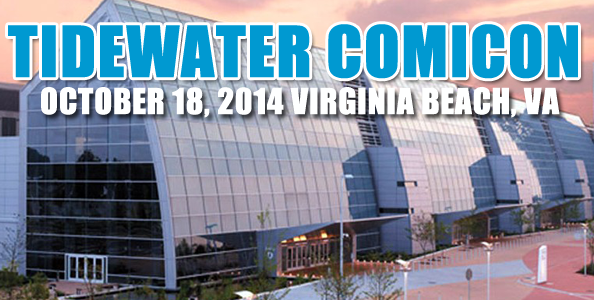 Whether you like it or not, comic book films are here and they aren’t going anywhere. The terms “Summer Blockbuster” and “Comic Book Movie” are now almost synonymous due to the popularity of the particular franchises and with the frequency of related film releases, interest in the subject is progressively moving forward. The surge in comic book film popularity directly correlates with the recent surge in comic book popularity which has spawned many comic book related events. While the San Diego Comic-Con (SDCC) may be the most popular event, many other newcomers are popping up all around us. The Tidewater ComiCon (http://www.tidewatercomicon.com) was introduced just this year in my hometown of Virginia Beach, Virginia. In less than a year its organizer, Mike Federali, created an event that brought together thousands of comic book fans, vendors, and both local and distant celebrities. Their Facebook page (https://www.facebook.com/tidewatercomicon) already has over 5000 likes and is continually growing. With a huge rise in popularity in such a short period, it is apparent that the subject matter of these types of conventions can pique public interest in any location.

So what is making these events so popular? The answer is simple…exposure, and what better way to raise subject awareness than through Hollywood. Regardless of how much you may like The Dark Knight or The Avengers, these films just touch the surface of who the characters are and at a Comic-Con, you’re getting a chance to get an up close and personal look at the source material. You can attend panel discussions, purchase literature from vendors, or even have the chance to talk to those responsible for your favorite character’s creation.

These types of conventions have been around for awhile but the comic convention is something entirely different now. There is now a shared interest with Hollywood which attracts film fanatics as well as comic book fanatics. Because of the diverse group attending these events, Comic-Cons have exploded in popularity and have the potential to have an even larger explosion. Films based on books tend to generate new life into their respective books. If you look at books like the Harry Potter franchise which already had a solid fanbase, the film releases increased that fanbase beyond expectations. Now imagine if Harry Potter shared its fanbase with Twilight, The Hunger Games, and any other book series turned into popular films. That’s what a Comic-Con is, it is a collaboration of a variety of fans, celebrities, and major influencers of some of your favorite film adaptations.

This is not an event for a select group anymore. Those select groups who were once oddities are now the pioneers of inspiration for modern day blockbusters. So all of those times that you may have questioned what goes on at these events, now is your chance to find out. If you’ve ever wanted a little more from a favorite film, a convention may be where you find that expanded story or discover something else entirely. Personally, I’ll be attending many conventions this year including my hometown’s own Tidewater ComiCon this October. The question is, where will you be?